Home » News » Discoms to get Loans at low Rates to pay Back Gencos: RK Singh

Discoms to get Loans at low Rates to pay Back Gencos: RK Singh

Discoms will be offered loans at cheaper rates by state-owned power sector financing companies for clearing their dues towards Gencos, RK Singh has said. 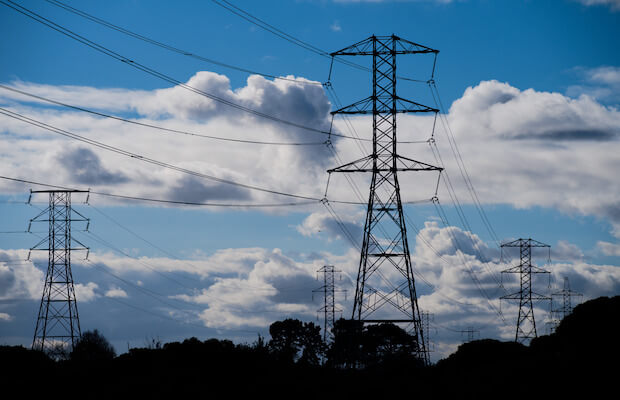 Financially stressed Discoms will be offered loans at cheaper rates of 8.5 to 9 percent for a 10-year period by state-owned power sector financing companies PFC and REC for clearing their dues towards power generation companies (Gencos), Power and Renewable Energy Minister RK Singh has said.

The loans will be offered to discoms under the Rs 90,000 crore liquidity injection plan announced by Finance Minister Nirmala Sitharaman on May 13, 2020, to help these entities clear their dues towards power generating companies and reinvigorate the sector hit hard by COVID-19 outbreak and the subsequent lockdown.

Singh said that the liquidity injection plan would help Discoms in a big way as it would provide them credit at cheaper rates for a 10 year period with a two-year moratorium on payments. Discoms would save between 3-9 percent on interest payments under this liquidity window as late payment surcharge on delayed payment to Gencos normally works out to 12-18 percent.

“PFC and REC provide loans to distribution and generation sector with a spread of 2.5 to 3 percent. Under the present scheme, they have agreed to take a lower 1.5 percent spread that will lower the interest rate,” he said.

He further added that as part of the plan to invigorate the sector, Discoms have also been allowed to defer payment of fixed charges to Gencos for non-drawing of power contracted under power purchase agreement (PPAs) during the lockdown period. This payment, that normally accounts for a charge of Rs 1.25-1.50 per unit, can be paid post lockdown in three instalment by the discoms. The Gencos will not charge any interest or carrying charge on this late payment.

Announcing the liquidity window for Discoms, Sitharaman had said that it was essential as Discoms revenue have plummeted and they are in the midst of unprecedented cash flow problem accentuated by demand reduction during the current lockdown. Under the plan unveiled by the FM, power sector financiers PFC and REC will infuse liquidity of Rs 90,000 crore to discoms against receivables. Loans will be extended against state guarantees for the exclusive purpose of discharging liabilities of discoms to Gencos.

Discoms dues towards Gencos have risen to Rs 94,000 crore and this was making operations unsustainable as unpaid power producers were looking to stop power supplies to states.

According to ICRA, a leading credit rating agency, the government’s Rs 900 billion liquidity support under Atmanirbhar Bharat package for state Discoms is a much welcome measure. However, while raising concern about Discoms losses via this loan, Girishkumar Kadam, Sector Head & Vice President, ICRA Ratings, predicted that “from Discoms perspective, this liquidity relief scheme through loans would increase their overall interest cost, with an estimated impact of ~9 paise per unit sold at all India level. However, the extent of the impact would be higher for Discoms in states like Andhra Pradesh, Karnataka, Jharkhand, Rajasthan, Telangana, Tamil Nadu and Uttar Pradesh, which account for more than 80 percent of the overdue to power generating companies.

Discoms’ Liquidity Infusion via Loan Positive for Gencos, But Losses to Shoot Up by Rs 270 Bn in FY21: ICRA
Also Read

“The ability of Discoms to pass on this interest cost through tariffs remains uncertain, given that this may not come under the normative working capital interest allowed by the regulators while determining retail tariffs.”

He further added that “this may result in increased dependence on state government support. As a result, the book loss levels for Discoms are likely to increase by Rs 270 billion in FY2021 over FY2020, because of the impact of the lockdown on demand and revenues along with the additional interest cost on the Rs 900 billion loans to augment liquidity position.”