Sakuraenergy has developed an all-new generation system for renewable energy (RE), PARASOLA with a compact size that requires only 1 sq. mtr. 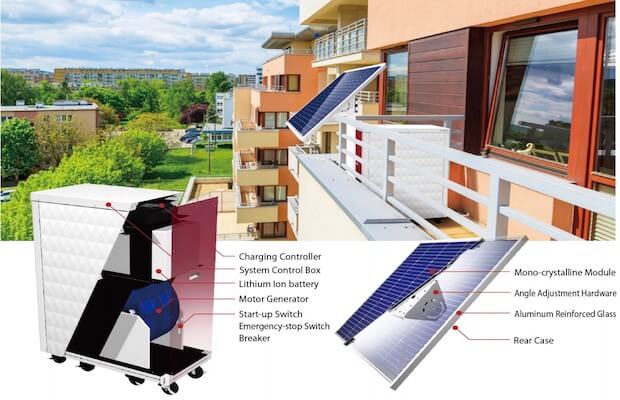 Japan-based Sakuraenergy has announced that it has developed an all-new generation system for renewable energy, PARASOLA, which is equipped with a motor power generator/power storage battery package that supplies electricity around the clock.

By combining energy-saving, creation, and storage as well as efficiency optimisation in one system, the system supplies more energy while consuming less energy than conventional power generating systems.

‘PARASOLA Residence’ for home use is designed to provide a maximum of 24 kW per day, enough to cover the electricity needed by the average household in Japan and most areas overseas. Equipped with high-efficiency PV cells, it occupies just one square meter of space. With a built-in battery, it can provide electricity 24 hours a day.

“Introducing PARASOLA may not only help solve power shortages around the world but also create a new energy environment where electricity is available anytime, anywhere,” the company stated.

Main Features of the product include:

Having developed the prototype, Sakuraenergy is now promoting further product development while discussing business development opportunities and alliances at home and abroad. The company plans to globally market the product by the end of 2020.