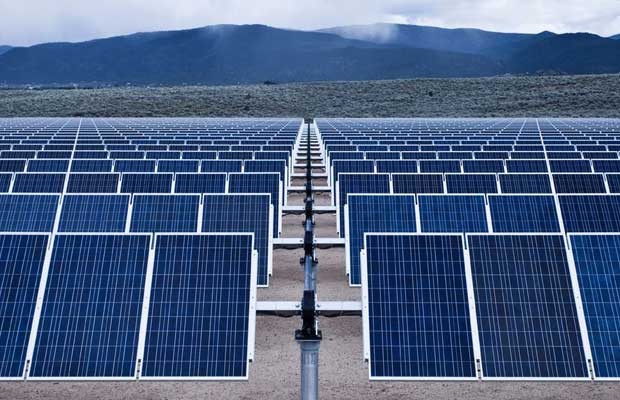 Florida Power & Light Company (FPL) has announced that it plans to build on the successful completion of its latest solar energy centers with even more solar in 2017.

“FPL has been leading the smart, cost-conscious expansion of solar in Florida since we built our first solar power plant back in 2009. By investing strategically in affordable clean energy, we continue to improve the efficiency of our system, reduce fuel consumption, lower emissions and help keep costs down for our customers over the long term,” said Eric Silagy, president and CEO of FPL. “FPL’s universal solar facilities enable all of our customers to enjoy the benefits of clean solar energy affordably. When the sun rises at one of our solar plants, thousands of homes and businesses are powered with cost-effective, zero-emissions energy. We believe in advancing solar affordably and responsibly for our customers and our state, and the coming years will be a game-changing time for solar in Florida.”

FPL has been working for many years in order to be prepared to add substantial solar capacity affordably for its customers, developing plans and securing sites for cost-effective installations. In 2017, FPL plans to build four more 74.5-megawatt solar energy centers across the state, including sites in Alachua, Putnam and DeSoto counties that have received local approvals. Construction is expected to begin as early as the first quarter of 2017. Additional large-scale solar facilities are also in development and may be announced in the coming months.

“Clean energy helps drive economic growth in our state,” said Brian Bergen, vice president of economic development for the Putnam County Chamber of Commerce. “FPL’s solar energy center will provide a boost to our local economy and the solar power it generates will be a draw for companies that value clean affordable energy.”

Today, FPL is cleaner than the carbon emissions goal set by the U.S. Environmental Protection Agency’s Clean Power Plan for Florida to meet by 2030, while the company’s typical residential customer bills are among the lowest in the nation.

“Increasing clean energy production in Florida has been on the minds of many Floridians for years, and it’s great to see FPL continuing to invest in solar,” said Eric Draper, executive director for Audubon Florida. “Clean energy technology will help protect the environment, by reducing emissions and saving water, benefiting everyone who calls Florida home, as well as the millions of people who visit our state each year.”

FPL’s universal solar energy centers are virtually silent, operate autonomously and without water. The panels sit low to the ground and the layout of each solar site is unique to minimize impacts to wetlands and surrounding areas.

In addition to large-scale, universal solar power plants that provide clean energy to all of its customers via the energy grid, FPL is also continuing to develop urban and community-based solar installations.

For example, in 2016, FPL built a major commercial-scale solar array at Florida International University’s College of Engineering & Computing in Miami. The 1.4-megawatt installation generates power for the energy grid and provides real-time data for students and professors conducting advanced energy research. The solar array is comprised of more than 4,400 panels on canopy structures that create shade for about 400 parking spaces.

“FIU and FPL have a long history of working together on innovative projects that continue to define Miami as a world-class city with a workforce that is ready to compete for and create high-tech jobs,” said FIU President Mark B. Rosenberg.

Also, the Palmetto Estuary Nature Preserve in Palmetto, Fla., recently became the site of the newest community-based solar installation to be built via FPL SolarNow, a program supported by voluntary contributions from thousands of FPL customers. A 50-kilowatt solar canopy in the preserve’s parking area generates energy and provides shaded parking for visitors.

“Our innovative solar partnership with FPL is truly a win-win,” said Shirley Groover Bryant, mayor of the City of Palmetto. “The solar panels will generate power for our community from the sun while raising awareness for solar energy with everyone who visits the park.”

FPL plans to announce further enhancements to its innovative community solar offerings in the coming months.

In addition, FPL has installed small-scale solar arrays for more than 100 Florida schools and other educational facilities.