Budget 2022- As Wishlists Grow Longer, What Can Renewables Industry Expect

The Union Budget for 2022, scheduled to be presented on Feb 1, 2022, is probably done and dusted for all practical purposes by now. Changes if any, would have been made, representations considered and dealt with, and the focus now on balancing the books. In that situation, we check out the key industry demands from the renewable and related sectors, and consider the minimum satisfactory outcomes they will hope for . 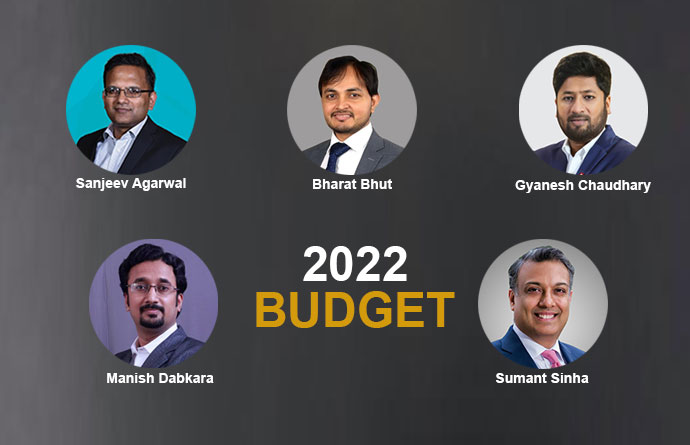 Starting up, we have the domestic manufacturers, where Gyanesh Chaudhary, Vice Chairman and MD of of Vikram Solar, which has module manufacturing plants in West Bengal and Tamil Nadu now,  has been consistently pitching for a supportive policy environment for domestic players. “We are hopeful the Government will continue the targeted initiatives and policies to further strengthen the domestic solar manufacturing eco-system. This will accelerate economic recovery, create jobs, attract investments, increase exports, reduce dependence on imports and enable India’s Energy Security. To enhance global competitiveness of domestic solar manufacturers, the imposition of Basic Customs Duty (BCD) on solar cells & modules effective 1st April 2022, increasing the production-linked incentives (PLI) funding outlay for solar modules, enhancing the export incentive- Remission of Duties or Taxes on Export Product (RoDTEP) rates and ensuring it includes AA (Advance Authorisation) along with SEZ are critical policy interventions.  We also urge the finance ministry to consider 5% Interest Subvention on term loans and working capital and upfront Central Financial Assistance of 30% on capex.

Further, to encourage domestic solar manufacturers to build scale with quality, the government should consider capital subsidy of 50% for setting up R&D and Quality testing infrastructure within the manufacturing unit and super deduction of 200 % for R&D expenses for solar technology development. The upcoming Budget must also consider allowing clearance from Special Economic Zones (SEZ) units to Domestic Tariff Areas (DTA) on a duty forgone basis. Additionally, we also recommend allowing conversion of SEZ units into DTA and permitting them to continue operating from the same infrastructure with enabling policies.”

Bharat Bhut, co-founder and founder at Gujarat based Goldi Solar echoes similar views for Budget 2022, adding that “Incentives and targeted policies for manufacturers of solar raw materials need to be introduced to ensure a strong and self-reliant domestic solar manufacturing ecosystem. Focus should also now be on creating skilled professionals in cell and wafer manufacturing. Further, the government must provide capital subsidies or tax credits for the establishment of R&D centers to reduce reliance on outsourced technology”.

On the other hand, top developers like Renew Power’s Chairman Sumant Sinha have also pitched for duty concessions for storage products and electrolysers, to boost investments and growth of EV’s and green hydrogen production in the country.

Amplus Solar’s CEO and Managing Director Sanjeev Agarwal, whose firm has a strong presence in the commercial and industrial segment for renewable energy, would like to see tax breaks for residential prosumers too.  What stands out by far is that every developer on record has highlighted the issue at the discom end, where besides payment delays, there are multiple challenges being faced by project developers.

International developers and manufacturers we spoke to, while speaking off the record, highlighted this challenge too, and expected to see more concrete measures this year when it comes to support for green hydrogen and at the discom end. Green hydrogen of course matters for the sheer push it can possibly provide to renewable energy capacity creation, to run the electrolysers to produce the hydrogen.

Manish Dabkara, founder at EKI Energy Services, which has had an outstanding past 12 months in terms of growth, had a word of advice for the future from Budget 2022. The government must use the carbon credits marketplace more aggressively. Establishing a framework for the generation and use of carbon credits would do a lot for supporting the country’s carbon goals. It should start by creating a national database for carbon credits. It should mandate more climate compliance for PSU projects, not just for meeting the country’s NDC targets, but also to ensure PSU’s benefit from the financial benefits such compliances can drive.   He felt adding a carbon credit generation mechanism to initiatives to the auto scrappage policy would add strength to the mission.

So what can we actually expect?

Past experience indicates that the government is going to skip the specifics, and focus on the macros in Budget 2022. That means, finding funds for improving the country’s grid infrastructure, a clearer policy on green hydrogen development, and considering the faster than anticipated progress here, clearing out the road for faster adoption of storage, be it for electric vehicles or for power projects.  Massive projects like the Ladakh Solar park plus storage, or the  Khavda renewable park plans are likely to get a push. This makes sense as key reforms have already taken a hit after the government dropped key clauses in the Draft Electricity (Amendment) bill earlier.

With massive PLI driven schemes for solar manufacturing and now battery storage already underway, the government is likely to wait before any further moves on the manufacturing side.  One area that really needs support is residential rooftop solar, but it doesn’t look like any specific policy move can be expected there yet.  Faster implementation of PMKUSUM on the other hand, might get a push.

What is likely to be left unresolved is the issue of reduction of GST on renewable energy devices (specified), which has been a long standing demand. The government is likely to wait for the GST council of state Finance Ministers to decide on that.

As for starting BCD on Solar modules and cells from April 1, it seems likely, with some exemptions possibly, in the budget or later. However, a long term focus does mean the government might opt to let there be some short term pain, possibly for developers, as it hopes for domestic manufacturing to rise to the occasion. The government’s own domestic only ALMM list has capacity at 11 GW now, with close to 5 GW waiting for approvals. Add the PLI scheme capacity additions of 10 GW plus by 2023-24, and the government will convince itself it could manage this.

The government is likely to push Energy PSU’s further on the renewables path, with simpler rules and permissions. In the same long term, energy PSU’s should account for at least 150 GW of the total renewable capacity of 500 GW targeted  by 2030.