The lack of a proper and standardized trading policy for carbon credit is somewhat of a let-down as of now. It is time we accelerate the pace and have standard practices and regulations in place.

There are not more than 20 players, either selling or buying carbon credits. These 20 players primarily are either big corporates or are from SMEs.

For Indore based EKI Energy services Limited, the past 12 months have been nothing short of a ride of a lifetime. The firm has left many startups in the shade with the incredible price movement of its stock, soon after it listed on the BSE SME index. After issuing shares at a price of Rs 102 per share, the firm currently finds itself riding a stock price of 7056,  a market cap of Rs 4850 crores, on a projected turnover of Rs 1500 crores by the end of the FY 22 financial year. This, from a firm that started in 2008, and hit the Rs 100 crore milestone only in 2020.

The company’s latest move is a joint venture with Shell. Calling it the first such deal of its kind in India, Manish Dabkara, Founder and CEO at EKI stresses that the voluntary market for carbon credit trading should grow at 2 billion dollars annually from India and other developing countries together. EKI Energy Services Limited and Shell Oversea Investments BV’s Joint Venture for Carbon Emission Reduction is especially significant here, as it can be a game changer as it appears to be one of the biggest deals around carbon credit trading in India. It was also reported earlier this week that oil major Shell will invest $1.6 billion over a five-year period in the venture 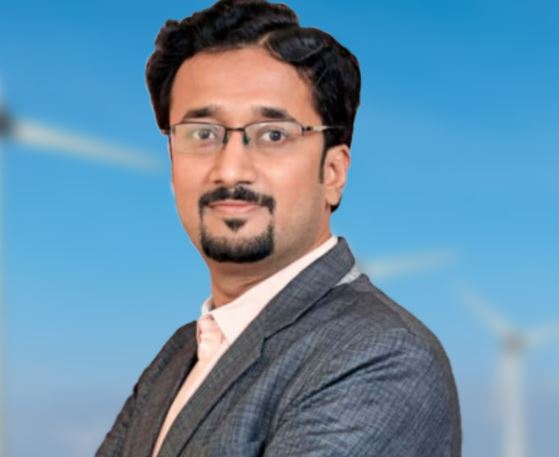 Dabkara anticipates the voluntary market of carbon credit trading to grow at 2 billion dollars annually from India and other developing countries put together. The statutory and compliance market is expected to drastically improve in the next 6-12 months based on specific expected regulatory factors.  We may have a voluntary mechanism in place in the next one to three years, followed by a compliance framework, he stresses.

As per the BEE’s (Bureau of Energy Efficiency) draft blueprint, currently the voluntary carbon market (VCM) is small with demand around 95 million tonne of CO2 equivalent per year, representing 0.2% of global greenhouse gas emissions. However, the analysis from BEE shows that demand is likely to increase significantly, driven by a growing number of corporate Net Zero commitments. A number that will only go up with each quarter, it seems.

The Shell Deal, besides being the first of its kind for India and developing countries is also important according to Dabkara as it is related to carbon sequestration. “We will be generating high volume of credits in the next 5 years. Under this deal we will create more sustainable solutions, forests, more agri based solutions, rice and mangrove farming to sequester carbon dioxide from the environment.” When you have a big oil giant investing in the Indian market, it is sure to send a clear signal about the importance of carbon credit market.

Also aiding EKI Energy Services is the rapid progress in terms of renewable installations in India over the last decade or so. Solar, which comprises a big chunk in this, alone witnessed 18 times increase between 2014 and 2021. India’s current share of non-fossil sources based on installed capacity of electricity generation is also more than 40%. With these numbers in place, EKI’s Dabkara has every reason to believe that his time has come. The final piecing piece? A thriving carbon credits market.

The Kyoto Protocol of 2005 had played an important part in increasing awareness worldwide to reduce GHG emissions. It is since then that almost all the worlds industrially developed and developing countries started considering this as a serious issue and engaged in formulating carbon emissions standards and guidelines for controlling harmful gas emissions. It is from here that the concept of carbon credit and carbon trading gained relevance. Carbon credit trading is now considered a sustainable solution worldwide.

At this point, it is also important to distinguish carbon credits from RECs or Renewable Energy Certificates, which are freely traded again in energy exchanges now. So Carbon credits are a way to reduce your carbon footprint further when you can’t control your energy supply options. By purchasing carbon credits, you’re essentially investing in other projects that are reducing greenhouse gas emissions. In other words, you’re offsetting your greenhouse gas emissions. REC’s on the other hand, help offset electricity use from non-renewable sources. Thus, in case of carbon credits, you are taking more direct action to reduce the impact of, or your carbon footprint.

Carbon credit, a legally tradable certificates permits the right to emit one ton of carbon or carbon dioxide equivalent. Currently, there are two kinds of mechanism in India that allow industries to buy carbon credits. It can be either voluntary or based on compliance requirement.

India has only begun talking of establishing a voluntary and a compliance mechanism. There is little concrete action on that. Bureau of Energy Efficiency (BEE) had recently prepared a draft blueprint on National Carbon Market. The document was prepared to understand the present infrastructure and how carbon markets have been operating, as well as examining the projected view of an independent National Carbon Market.

This Blueprint quotes a report from the Deloitte Economics Institute which shows India must act now to prevent the country losing US$35 trillion in economic potential over the next 50 years due to unmitigated climate change. The report, titled, “India’s turning point: How climate action can drive our economic future”, also reveals how the country could gain US$11 trillion in economic value instead over the same period, by limiting rising global temperatures and realising its potential to ‘export decarbonisation’ to the world.

Dabkara expects that as the renewable market matures, carbon credit trading must also pick pace. During the last seven years from 2005-2012, the maximum range that Indian carbon credit was able to achieve was close to €25 per carbon rate. However, from 2013-2020, it went lower than one euro or one dollar. This Dabkara explains happened because earlier markets were linked to the European Union Emission Trading Scheme, but as Indian credits were not much tradeable in EU, rates fell and came to be measured in international currency. He further adds, that during this period, rates were less than 50 cents, only for a few projects it reached one dollar.

In the Indian carbon market, most buying is happening because of wither peer pressure or obligatory requirements. For instance, Delhi-Mumbai-Hyderabad-Bangalore airports must get the credits as their certain international airport counterparts are buying carbon credits, says Dabkara. From the selling side, a few independent power producers like Azure, Acme Solar, ReNew Adani, have started considering the carbon credits revenues that they earn from selling carbon credit as an important source of income, he adds.

He also indicates that, as certain big giants may also be hoarding carbon credits, as the rate is low now, but as demand peaks, the prices are sure to go up. “That’s when they will earn big revenues from carbon selling,” says Dabkara.  That time may not be too far off, as prices in the European  benchmark price for carbon allowances hit a record of above 71 euros ($79.79) per tonne in November this year.

Under the Paris agreement, all developed nations were mandated to work on reducing CO2. Dabkara adds, “India has very clear commitments, but we need to have an extremely clear policy which provides a clear mandate to various sectors on how much to reduce. We need a policy which enables buyers to buy from the domestic carbon markets so that companies can meet targets effectively. Potential obligated entities within India must start planning on which technologies they can adopt to reduce carbons emissions.”

Of course, there is still a long way to go as far as building awareness around the importance of buying carbon credits also go.And that is where the next opportunity lies for EKI Energy Services.  Dabkara says, there is a need to tighten up as even the big corporates, and even PSUS don’t know their obligations under the Paris agreements. This speaks a lot about where we stand today. A recent report from the World Bank had conveyed that India can be one of the largest beneficiaries of the carbon trading as it controls almost 20-25% percent of the world carbon trade presently.

There are currently two commodity exchanges, namely MCX and NCDEX operating in carbon trading, however, experts feel that greater transparency also needs to be there for improving the market operations and helping the producers earn revenue out of carbon credit projects easily. The lack of a proper and standardized trading policy for carbon credit is somewhat of a let-down as of now. It is time we accelerate the pace and have standard practices and regulations in place.