100 Percent Carbon Free by 2035. The Democrat Offer For Renewable energy

Perhaps the least talked about, but most significant promises being talked up as the US presidential elections campaign warms up is the democrat push for 100 percent carbon free power production by 2035. The plan easily overshadows comparable targets for all other countries in the G20, and if implemented with even limited success, cold change the face of the sector for good. Because, by bringing forward a deadline that most countries have been placing in 2040 and beyond (2050 and beyond in India’s case), the impact of the US moving faster will be felt everywhere. 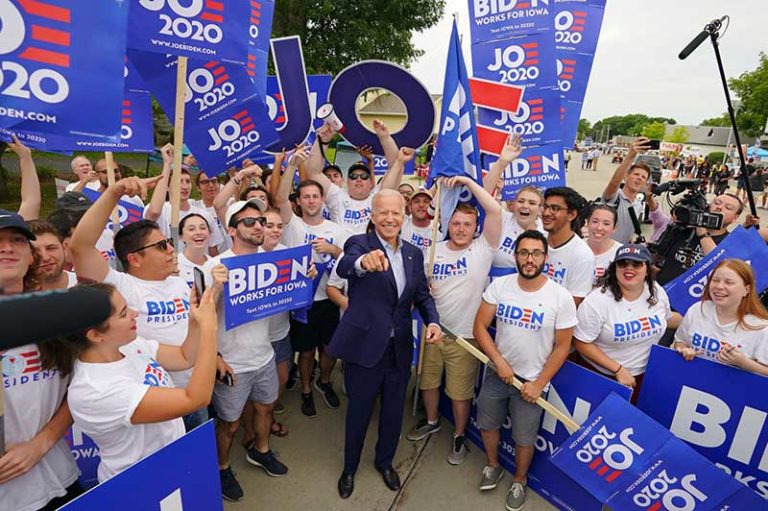 Laid out by the Democratic candidate Joe Biden’s task force, the climate-change mitigation recommendations, call for carbon-free power production by 2035, net-zero emissions for new buildings by 2030 and accelerated adoption of zero-emission vehicles.

The task force has been chaired by former Secretary of State John Kerry, who led the Obama administration’s negotiations at the Paris climate summit, co-chaired along with Representative Alexandria Ocasio-Cortez, a co-sponsor of the Green New Deal resolution. Varshini Prakash, co-founder and executive director of the youth activist group Sunrise Movement, also participated.

In doing so, the plan echoes voices across the world now, that a recovery from the Covid Crisis needs to be built around a greener economy. The US, with its strong federal structure does offer its own share of challenges and opportunities. While a market driven regime has ensured high capital availability and innovation, entrenched interests have also slowed down progress. Despite that, many states, including powerful trend setters like California and New York, have moved on their own with policy changes that have already ensured the US can make a big move now.

Notably, this plan does not dismiss nuclear power, which supplies almost 20 percent of US power right now. That will go some way to support targets. The targets themselves appear to be not as impossible as it would appear, as studies have increasingly begun to show that the rise of renewables due to lower prices, and the decline of coal at a faster pace than anticipated can bring change much faster.

For wind and solar power, meeting these targets would mean doubling up the rate of capacity additions seen in the past 3 years, right through the 2020s, eventually adding at thrice the level right now by the time 2030 turns up. That sounds a lot like India’s own plan for renewable capacity addition, though India has clearly been struggling to ramp up for the past 2 years now.

Many states have launched into solar rooftop plans, with subsidies for storage as well, that has pushed solar capacity additions recently. On top of that, the corporate sector has also moved to offset their own carbon emissions by shifting to renewable energy, with some like Google even investing into the sector for the returns now.

Besides legacy nuclear power, even more efficient and safer nuclear in development, and expected reduction in energy storage costs means that the higher share of solar and wind could be a lot more viable than it is currently.

In contrast, the Republican presidency under Donald Trump has been a very reluctant votary of a green grid. Not only is the party seen to be too close to oil energy majors, it has also not earned any goodwill by going slow on supporting electric vehicles and related technologies. Of course, that doesn’t man the Republicans cannot switch to green mode. If they do, it will probably be a good thing, as they have usually been better at allowing market forces free rein. With even the democrat plan counting on the private sector to set up the clean energy infrastructure that will need to be built, the only issue remains the immediate viability of some of those investments.

Tags: carbon free by 2035, Donald Trump, green grid by 2035, International, joe biden, US elections
"Want to be featured here or have news to share? Write to info[at]saurenergy.com