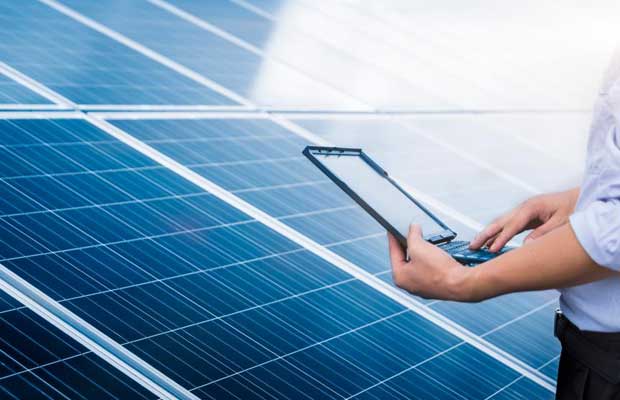 Understanding solar system performance is complicated because it has a complex relationship with weather and equipment configuration. You may generate more energy than a previous year and more than the installer promised, but that doesn’t mean the system is performing to its full potential. It could still be underperforming but you don’t notice it because it was a very sunny year.

Here are five reasons your solar system may not be performing optimally:

1. You don’t know what it should have produced

Solar monitoring systems are great at capturing data but leave a lot to be desired when calculating expected energy production. They usually ignore shading and use simplistic models that don’t account for the sun angle or variation of wiring losses with power level. To obtain an accurate estimate, you need to download solar radiation and temperature data from the monitoring system, validate this data and simulate it in a difficult to use tool like PVSyst. Most people are not fond of performing this labor intensive process and therefore, it’s not surprising that most system owners simply don’t know what their system should have produced. If you don’t know your goal, you cannot reach it.

2. Solar radiation sensors are not clean

If you have calculated expected production using measured radiation and temperature data, the next questions are – can you actually trust the calculation? How valid is the input data? One of the main inputs for calculating expected energy is solar radiation, and in reality, most system owners don’t clean the sensor as frequently as they should. This results in a lower radiation measurement and correspondingly lower expected output. You may be happy that your actual energy production is higher than expected, but this assumption is based on inaccurate data. Low expectations lead to low results.

3. You don’t know the actual rating of the PV modules

Modules are sold at a nameplate rating, but the actual output of a particular module will vary from this nameplate. Manufacturing variations mean that module power ratings have a distribution of values. All major PV manufacturers ship modules with positive tolerance, i.e. a module rated for 330W at standard test conditions (STC) will not output less than 330W but may actually output 335W at STC. I have studied power rating distributions of millions of solar modules and can tell you that over 95% (in some lots 99%) of modules produce higher power than their rating.  If you buy 10 MW nameplate of solar modules, the true cumulative capacity may be closer to 10.2 MW. Your system is capable of doing more but you may not know that and settle for less.

Most installers believe in promising less and delivering more because they don’t want to disappoint their customers. Installers who do the opposite go out of business quickly. Balance of system losses from wiring and soiling are often overestimated so installers can protect themselves. Thus, expected energy calculations using a simulation model might result in a lower value. Your system is likely capable of producing more.

If it ain’t broke, why fix it? It’s tempting to think that if your system is meeting guarantees, then you don’t need to do a thorough checkup of your system. But if you don’t look for problems you won’t find them. Problems may go unnoticed for a while and compound the impact. It’s easy to be passive, but that’s not a recipe for maximizing your solar system’s energy output.

The fact is, a lot of system owners don’t capture the full benefits of their solar system. As an industry, there’s a lot of money and production being left on the table and we need to fix this. Fixing this starts with better data leading to better production estimates. Actions can then be taken to better optimize operations against accurate expectations. It’s the right thing to do for your customer, your business and the earth.