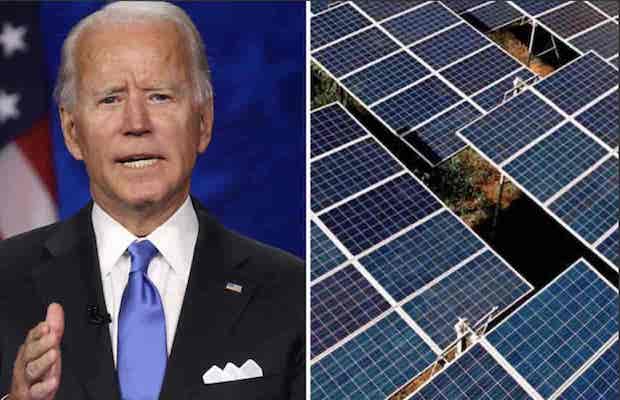 US President Biden has given a push to clean energy.

Russia’s invasion of Ukraine has accelerated a shift to investment in renewables and storage batteries as a way to reduce dependence on imports of fossil fuels a large part of which comes from OPEC and Russia. Dependent on Russia for supply of gas everyday, Europe and USA are desperately trying to break free and access the metals to produce electricity from steel, key base metals including copper, aluminum and nickel, and battery raw materials.

A new geopolitical issue would rise—potential dependence on countries holding resources of critical minerals. And those countries include the likes of China and the Democratic Republic of Congo (DRC), for example. The new global energy ecosystem could shift “from OPEC to Organisation of Mineral Exporting Countries”.

Costs for solar and wind turbine components are already experiencing inflation and demand is only going to intensify. Developed economies, including the United States, currently depend on imports for boosting low-carbon energy sources. The U.S. imports more than half of its annual consumption of 31 of the 35 critical minerals, the Department of Energy said at the start of President Biden’s term in office. America does not have domestic production for 14 of those critical minerals and is completely dependent on imports to supply its demand.

One Sun, One World, One Grid Brings Opportunities and Challenges: IEEFA
Also Read

President Biden included in March the strategic and critical materials necessary for the clean energy transition—such as lithium, nickel, cobalt, graphite, and manganese for large-capacity batteries—in the Defense Production Act of 1950.

“The quicker we switch to renewables and hydrogen, combined with more energy efficiency, the quicker we will be truly independent and master our energy system,” European Commission President Ursula von der Leyen said in early March, announcing a goal to reduce EU demand for Russian gas by two-thirds before the end of this year.