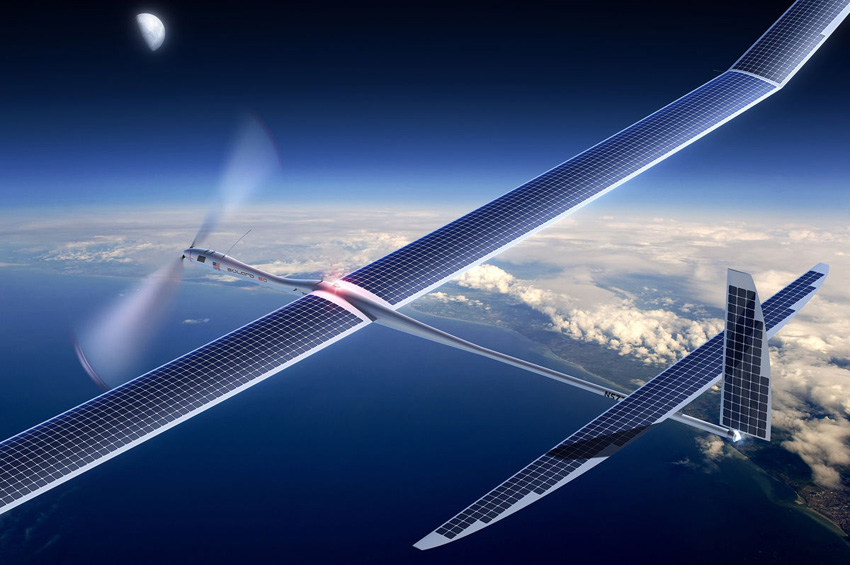 Now, well-named as Internet ‘unpredictable’ Giant – Google is undergoing some Top-Secret project as it is continuously unveiling technology to an unpredictable level.

After the Project Loon had turned heads – Google has appointed the same team to develop High-Speed 5G Internet services through solar drones.

Yes, it’s jaw-dropping, the development named as “Project SkyBender” uses an “optionally piloted aircraft (OPA)” called Centaur and a solar-powered drone called Solara 50 made by Titan Aerospace, which the Big G acquired in 2014, for its tests. The real motive is that these drones will someday soon be beaming 5G internet down to Earth.

SkyBender has been experimenting with using drones and millimetre-wave radio transmissions, technology which may underpin 5G. High-frequency millimetre waves can transmit gigabits of data every second, up to 40 times faster than the 4G internet access some of us have, and more than twice as fast as dial-up.

Previously, “Project SkyBender” was assumed to be CEO code for getting drunk on an airplane. Not good code, obviously.

University of Washington professor Jacques Rudell told The Guardian that “the huge advantage of millimetre wave is access to new spectrum because the existing cellphone spectrum is overcrowded. It’s packed and there’s nowhere else to go.” The problem with millimeter wave transmissions, though, is that they fade after a short distance and can’t compare to a mobile phone signal’s range. That’s likely one of the issue’s Google is trying to solve if it aims to beam internet from the sky.