The government is in the process of zeroing down a direct subsidy plan for battery manufacturing in the country. 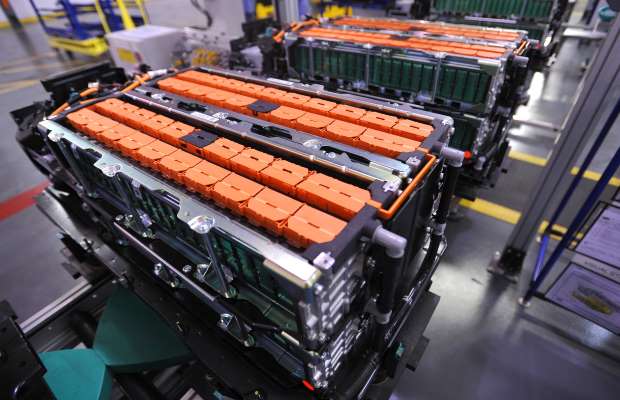 The government is working on a direct subsidy plan of about Rs 700 crores which will aim to attract Indian as well as foreign firms to play a part in domestic manufacturing of batteries. Benefits such as a 10-year subsidy (applicable on evolving technology as well) and zero import duty (Lithium, Iron, Cobalt-based EV Batteries) are also on the table.

Additionally, reports suggest that the subsidy reportedly could be proportional to the capacity committed and level of indigenisation it brings.

Government is reportedly aiming for 60 percent indigenisation by 2025. As reported earlier, NITI Aayog aims for 50 GWh of battery manufacturing to take place and competitive bids will be invited under ‘Make in India’ plan in December and projects would be awarded from 2020 based on net worth, production capacity, scale-up plan and the extent of localisation.

Companies would be expected to begin operation by 2022 and reach full committed capacity by 2025.

According to the Niti Aayog report, 1-gigawatt-hour = powering of 10 lakh homes + 30,000 EVs) battery capacity: i.e. 5 GWh per contract (10 players). The typical investment for a 10 GWh capacity factory is $1 billion.

The Winners So Far

With FAME II outlay and GST rates slashed to 5%, the only winners so far have been two-wheeler companies like Okinawa, Ather and Yulu, which have used lithium-ion batteries for their EVs. FAME II incentive excluded lead-acid batteries from its ambit. This move, however, took away incentives for 95% of electric 2Ws in India.

Under FAME II, only electric two-wheelers with 50% localization can qualify for the incentives. Further, the two-wheelers should have a minimum range of 80 km per charge and a minimum top speed of 40 kmph, along with riders on energy efficiency, minimum acceleration and a higher number of charging cycles.

Under the FAME 2 scheme, incentives worth ₹10,000 are being offered per kilowatt of lithium-ion battery installed, with the government having sanctioned ₹10,000 crore for a period of three years for the purpose.

That’s not all. Apart from the required range and speed, automakers across categories are struggling to meet the 50% localisation target of their products to be eligible for incentives under FAME II. Most Indian vehicle manufacturers do not make lithium-ion batteries, electric motors and other specific parts used in EVs.

But companies like China-based Gemopai Electric are in the process of a complete technology transfer and are developing EVs under license in India.