At the start of 2020, clean energy employment in the US increased for the fifth straight year, growing beyond 3.3 million workers nationwide. 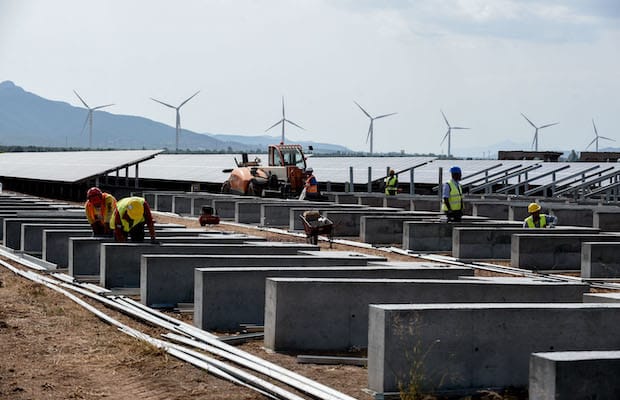 At the start of 2020, clean energy employment in the US increased for the fifth straight year since the annual “Clean Jobs America” report by E2 (Environmental Entrepreneurs) was first released in 2015—growing beyond 3.3 million workers nationwide.

As per the report, while California remained the nation’s undisputed leader in clean energy jobs through 2019, states as diverse in size and structure as Texas and Massachusetts also are in the top ten for clean energy jobs. Florida, North Carolina, and Georgia continued to lead the South, while Michigan, Illinois, and Ohio led the Midwest. On a per-capita basis of statewide total employment, the Northeast claimed the top five spots with Vermont, Rhode Island, Massachusetts, Maryland, and Delaware employing the largest share of clean energy jobs per capita in the country.

The report further added that overall, clean energy jobs across the country grew by slightly more than two percent in 2019, slower than its nearly four percent growth in 2018. Jobs in renewable energy grew more than three percent, led in part by a rebound in solar jobs. Clean energy storage and grid modernisation jobs increased four percent—faster than any other sector—while clean vehicle employment declined by about two percent after a 17 percent jump in 2018. Energy efficiency remains the single biggest sector of the clean energy economy, growing over two percent in 2019 and adding the most net new jobs (54,000) across the entire energy sector.

As a result of the industry’s consistent growth, clean energy accounted for more than 40 percent of America’s entire energy workforce and over 2.25 percent of the nation’s overall employment at the end of 2019.

In a complementary report released by the E2, the American Council on Renewable Energy (ACORE), E4TheFuture and the BW Research Partnership it was revealed that more than 106,000 clean energy workers lost their jobs in the month of March, and hundreds of thousands more clean energy job losses are projected in the coming months due to the economic fallout from the global COVID-19 pandemic.