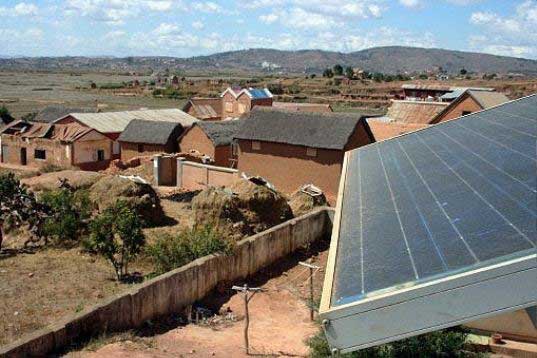 Recently, Su-Kam released a documentary, highlighting the enormous work-embraced to solarize the remote villages of the nation. The company is altering the lives of numerous numbers of people in the remote towns of the nation by leveraging power through solar energy. The future of many people living in countryside areas, for example Patewara in Uttar Pradesh is grim without power. The general population in these locales relies upon the sunlight during the day time and candles during the evening.

The lack of power is disturbing their education system and their daily routines. Su-Kam has provided power to the poverty-stricken people in remote towns where power grid is either missing or inconsistent. The narrative highlights on the significance of solar power plants and its capacity to transform lives.

“In today’s energy hungry nation, electricity is still a distant dream for millions. However, our initiative has empowered people to generate their own electricity by utilizing sun’s energy through solar power roof top installation” said Kunwer Sachdev, MD, Su-Kam.

“Su-Kam, has successfully set up large scale and cost effective projects in 40, 000 households across 19 districts in rural Uttar Pradesh,” he added.

“In today’s energy hungry nation, power is still an inaccessible dream for millions. On the other hand, our drive has empowered people to produce their own particular power by using solar energy through solar power rooftop establishment” said Kunwer Sachdev, MD, Su-Kam. “Su-Kam has effectively set up huge scale and practical undertakings in 40, 000 family units crosswise over 19 areas in rustic Uttar Pradesh,” Schdev included.

He further added, in the earlier stage at Tripura Hospitals babies delivered in candlelight. Today with the onset of solar power, things are arranged in well-mannered and equipped for any therapeutic crisis. More than 90 hospitals in this region have been outfitted with solar panels guaranteeing round-the-clock power for patients.

The documentary directed by Theka highlights the huge endeavors by Su-Kam to convey power to different regions across the country.