Sonnen equips 3000 new homes in the US state of Arizona with a sonnenBatterie, facilitating the house owners to produce, store and network their own electricity.

In the US state of Arizona, a new city is being built in which every 3000 homes can produce, store and network their own electricity. According to his own data, Sonnen is currently implementing the largest home storage project in the US. 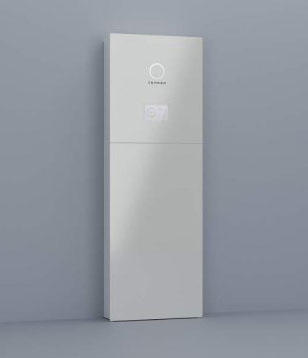 In the village of Jasper, all houses receive a photovoltaic system and a sonnenBatterie. This means that every household is able to generate the majority of its electricity itself. The electricity account of each house is therefore very low from the beginning.

In addition, the batteries are networked with one another and can communicate with one another. With this technology, which is already being used in Germany for the power sharing of the sonnenCommunity, a virtual power plant with a capacity of 23 MWh and an output of 11.6 MW is being built. This large buffer can absorb energy from the grid at times of high production and later release it when the consumption is very high. The Sonnen City also supports the public electricity network.

In addition, the solar batteries interact with a smart home control so that the solar current can not only be stored, but also can be distributed to air-conditioning systems, the lighting or other loads such as pool pumps of each house.

So far, the technology of the sonnenCommmunity has been limited to Europe and Australia. For the first time, Sonnen has developed a technological opportunity to do so without an own energy supplier license, since the energy market in the USA is strongly monopolized. Sonnen uses its technology only on the site of the city and not on the side of the public network and thus bypasses the monopoly of the utilities.

Due to the decentralized supply structure, the new location Jasper is also less vulnerable to power failures. As all the houses can be supplied by themselves, long-term failures of the public electricity grid, such as natural catastrophes, can easily be bridged.

“This is the city of the future, in which all inhabitants can generate, save and network themselves. The fact that we were able to realize this project in Tesla’s home market shows that we are moving technically in the energy sector to Tesla in the USA, “says Philipp Schröder, Managing Director Sales and Marketing at Sonnen.