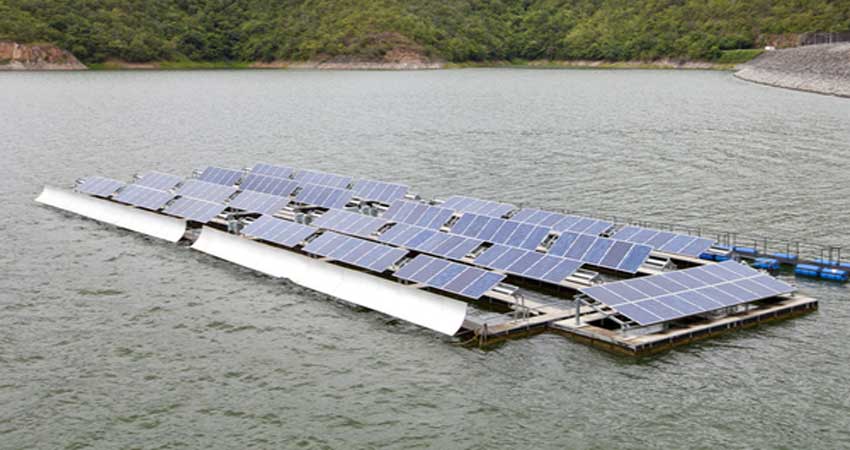 The Kerala State Electricity Board (KSEB) is preparing for a 500KW floating Solar Grid Bilateral Photovoltaic project in the Banasurasagar dam in Wayanad.

The Rs.10-crore pilot undertaking will be actualized by Adtech Systems Ltd. a Thiruvananthapuram-based organization which has specialized backing from Vatsaa Energy Pvt. Ltd. (VEPL), a youthful start-up in Wayanad that had attempted to evolve the innovation.

The undertaking includes a concrete structure measuring 53,800 sq. ft. on the cistern to set up a solar Power plant with an appraised limit of 500KW. The task is to nourish the grid to be raised by the KSEB, S. B. Prince, Chief Public Relations Officer, KSEB said.

The pilot venture is a scaled-up form of a 10 KW concrete floating solar power plant that has been effectively introduced in a couple of months prior.

Approximately 1,950 Solar Panels, each forging 260W will be introduced on the remarkable and home-grown created hovering structure.

“There are gigantic water bodies in the State, including lakes and reservoirs. In the event that those dozing goliaths are to be used for power generation utilizing solar based panels. The power emergency can be handled to a critical degree,” as indicated by them.

At the point when such ventures are appointed, the generation of hydroelectric power could be diminished amid daytime. The undertaking is relied upon to be charged in around 10 months, the sources added.