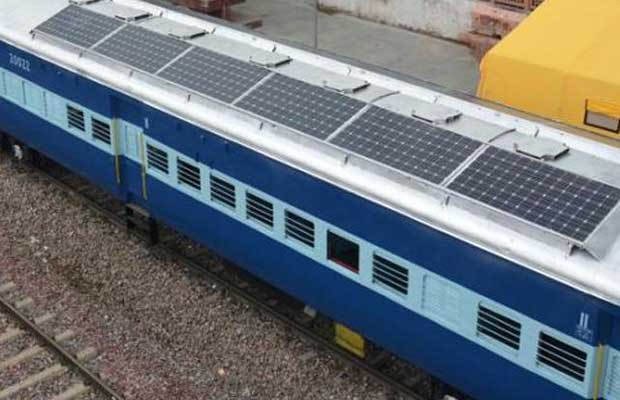 From this fiscal year around 50 rail coaches integrated with solar panels will be introduced from the North Western Railway (NWR) workshop in Jodhpur.

After a successful pilot project, the railway authorities have intended to lay rooftop solar in a special operational non-ac coaches that will be capable enough to run tube lights and fans.

Being first of its kind, through these 50 coaches the authorities claim to mitigate around 239 tonnes in carbon emission, save 1,000 litres of diesel annually, savings of Rs 45 lakh.

The cost of fixing these panels is estimated at Rs 2.5 crore. With regular maintenance, the panels can be expected to function for about 15-20 years.

“Twelve panels with high capacity have been fitted on each the coaches. These will generate 3.6 kilowatt power during full daylight. However, the requirement to meet the load of CFL and fans is 1.6 kilowatt per coach at a time,” said Anil Singhal, general manager of North Western Railway (NWR). Jodhpur and Delhi, he said, are the two cities where solar-enabled coaches are being produced.