New Solar Technology to use Desert Sand to Store Energy

Researchers in Abu Dhabi have tested a pilot device that can store solar energy in sand to improve the efficiency of power plants and provide energy during night.

Developed at the Masdar Institute of Science and Technology, the device uses gravity to drain sand from a higher basin into a lower one, heating up the sand grains with solar power during the transition. In the lower basin, the solar energy will be stored and can be withdrawn at low cost to provide extra energy if needed, for example during peak demand of electricity and at night-time. 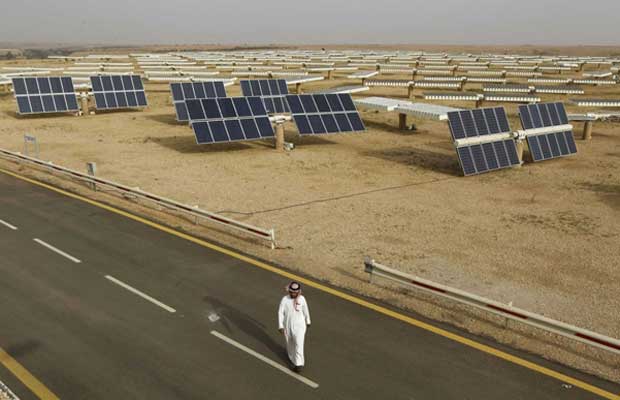 Nicolas Calvet, an assistant professor at the Masdar institute’s department of mechanical engineering stated that “Two pilot models of the system have been tested in an effort to prove its efficiency and applicability on a large scale in big projects.” The next step will be testing more sophisticated model in preparation for its commercial marketing, Calvel added further.

The test will involve researching the thermal stability of sand and its heat-absorption capacity. The previous results showed a capability of storing thermal energy up to 800-1000 degrees Celsius.

Unlike traditional storage media like synthetic oils and molten salts that are used for thermal energy storage systems; sand is abundant in Abu Dhabi with plenty of sunshine, and quite inexpensive to obtain.  The sand is heated through by running cold sand through a solar heat collector, where it gets heated before being stored in a hot reservoir. Further, the hot sand can be used to run electricity-generating turbines. This cycle is completed by returning the cooler sand to the upper cold sand reservoir.

A professor of mechanical power engineering at the engineering faculty at Cairo University in Egypt, Amin Mubarak states that there have been several experiments around this technology in Europe and the United States. However, until now, there were no such results that can be made available or capitalized.