In another move that is deadlined 2022, or in time to help the country meet its 100 GW target for solar, the government approved a major scheme to get farmers involved. 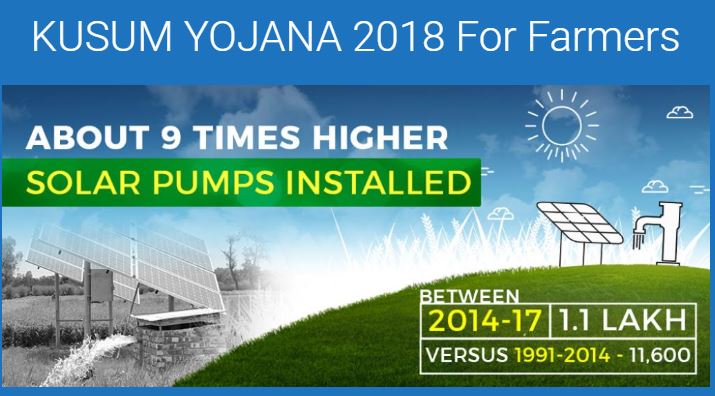 The KUSUM (Kisan Urja Suraksha evam Utthaan Mahabhiyan) scheme has been in the works for some time and seeks to provide both financial security and more sustainable water access for farmers. By focusing on the establishment of solar plants on what terms barren land, it also seeks to work around the biggest challenge emerging for solar growth, land availability.

By projecting a total expense of Rs 34,422 crores for the scheme, the government has made its intent clear, and one hopes that the actual work on the ground will have the same backing and support. The scheme hopes to provide 27.5 lakh solar pumps (17.50 lakh standalone + 10 Lakh Grid-connected).

Besides, as already announced earlier last week, farmers with barren or uncultivable land will be supported for installation of a  total 10 GW of Solar Power Plants of an intermediate capacity of 0.5 to 2 MW each. 50,000 Grid-connected tube-wells/lift irrigation and drinking water projects are also part of the plan

Jobs, a major pain point for the economy are also set to get a boost with a scheme of this magnitude, with both an industrial stimulus for suppliers as well as self-employment opportunities equivalent to 6.31 lakh job years for skilled and unskilled workers, being highlighted in the government release.

The impact of the environment in terms of savings in Co2 emissions is projected to be a saving of about 27 million tonnes of carbon dioxide emissions per annum. The standalone solar pumps in themselves could potentially save 1.2 billion liters of diesel per annum.

Farmers with surplus power generation will be able to sell it to their discoms, providing further income opportunities for them. The good news is that with some states already rolling out broadly similar policies, this move by the center should encourage others to join in too, leaving India with a broader consensus on getting renewable energy to play a bigger role in the agricultural sector. Readers will note that agriculture, for multiple reasons, has been one of the toughest sectors to drive change in, unlike say, electricity, and transportation, both of which seem to have come around to a clear path to a shift to higher sustainability driven by renewables.