India Can Achieve 30% of Variable Renewable Energy Generation by 2030 At No Extra Cost: ETC India Report

Potential to reach 45% zero-carbon generation, including hydro and nuclear, while more than doubling electricity consumption and not raising consumer costs. 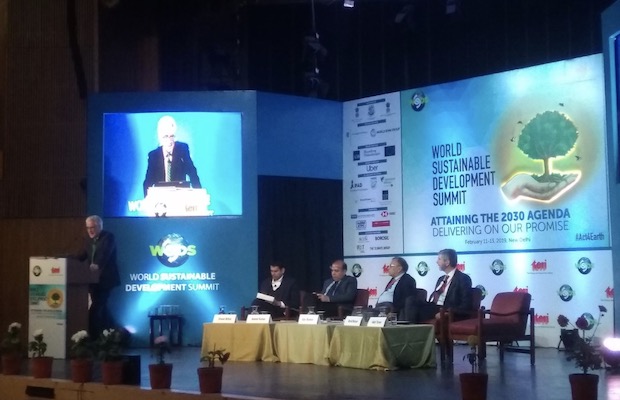 A reliable, economically competitive and environmentally sustainable electricity system is the cornerstone of modern society. With an aim to accelerate India’s transition to renewables while moving towards a cleaner and cost-effective electricity system, The Energy Transitions India (ETC India) released its key findings across three latest technical reports on the sidelines of The WSDS 2019 held in New Delhi.

Ajay Mathur, Director General, TERI said: “We knew that renewables were cheap in India, but there were concerns that balancing their intermittency would raise consumer costs. This need not be the case: a high renewables system is cost-effective”.

Lord Adair Turner, Chair, Energy Transitions Commission, said, “the learning rate on technologies like lithium-ion batteries is quite phenomenal. This will be a game changer for the integration of variable renewables into the Indian grid.”

By 2030, ETC India projects that the cost of wind and solar will be between 2.3-2.6 Rs/kWh and 1.9-2.3 Rs/kWh respectively, while the cost of storage will have fallen by about 70%. Even considering the additional costs required to balance the variability of renewables, the study projects that a grid with 30% variable RE generation is cost-effective as compared to a moderate RE system and does not raise costs for Indian consumers. Considering other renewables, hydro and nuclear, the share of zero-carbon generation can be even higher, at 45%, while the share of coal falls to almost 50%.

To balance the variability of renewables, the study highlights that increasing the flexibility of the electricity system is an urgent, complex and substantial challenge: if not addressed, the transition to renewables will stall. An integrated approach to flexibility is required. This should combine shifting demand patterns to match RE production; adapting the operation of the dispatchable fleet; and deploying storage technologies.