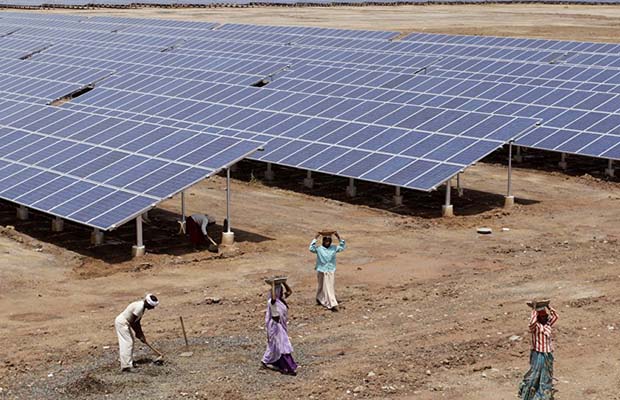 The cost of generation of solar power is set to fall to as low as Rs 1.9 per unit over the next decade through 2030 in India with new technologies boosting efficiency levels, a joint study by TERI and US-based think tank Climate Policy Initiative (CPI) has revealed.

“By 2030, we project that the cost of wind and solar will be between Rs 2.3-2.6 per Kilowatt hour (kWh) and Rs 1.9-2.3 per kWh, respectively, while the cost of storage will have fallen by about 70 percent,” the report launched today said.

According to the analysis, the required investments in electricity generation capacities are going to be substantial, at about Rs 1.65-1.75 lakh crore per year. This is slightly above the investment rate achieved over the past 10 years, around Rs 1.40-1.50 lakh crore per year. This will represent a substantial financing challenge given the current stresses on the Indian banking system.

The study estimate that by 2030 solar electricity could be as cheap as Rs 2.30/kWh and even cheaper solar costs are possible, in the order of Rs 1.90/kWh, if the widespread deployment of tracking technology raises the capacity utilisation factor of new plants above current levels.

Similarly, for wind, with mast heights increasing from the current level of 80 meters to 100 and even 120 meters, the baseline projection for 2030 for the levelised costs of wind at Rs 2.58 per kWh could be as low as Rs 2.26 for projects with higher capacity utilisation factors.

The report titled “Accelerating India’s transition to Renewables: Results from the ETC India Project” also states that in the high renewables scenario by 2030 the share of variable renewables including wind and solar will reach 30 percent of total generation by 2030, and 390 GW of capacity. The capacity could reach 420 Gw if small hydro and biomass-based projects are also considered.