Delhi Metro will be installing a 3-MWp solar power plant onto an elevated stabling line of Kalindi Kunj metro depot, which will the the first-ever such shed being built in the DMRC network.

DMRC told PTI, “The work on the stabling shed will be completed in about six months and then the solar plant will be installed atop the shed.” 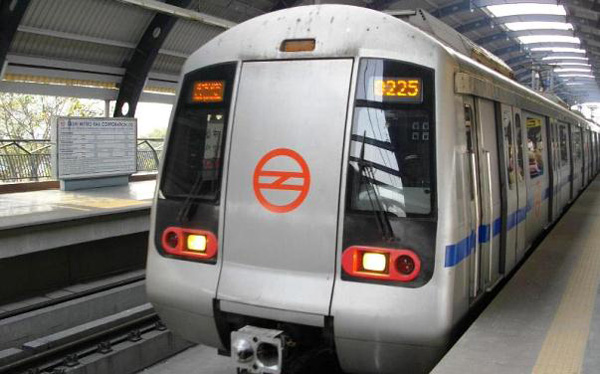 So far Delhi Metro has installed solar power facilities at three of its depots- Mukundpur, Yamuna Bank and Ajronda. The work is in progress towards installing more such plants in the other depots.

The Kalindi Kunj metro depot solar plant will cater to the metro trains operating on the Janakpuri West-Botanical Garden corridor, construction of which is in progress.

“A specialised agency was roped in to assess the feasibility of installing such a solar plant since Delhi Metro had not undertaken such a project before. Based on their report, a decision has been taken to install a 3 MWp plant there.

DMRC said in a statement, “The cost of installing this solar plant will be borne by the developer, as is the case with all DMRC plants, and Delhi Metro shall pay for the energy charges at the rate of Rs. 5.4945 per unit, as levellised tariff for 25 years.”

The plant will be set up on the frames of the stabling lines and will also contribute towards the dual purpose of being the roof of the facility.

Further, DMRC said that ‘‘Presently, the largest solar power plant on an individual roof is the stabling shed of’ Yamuna Bank Depot with a capacity of 624 KWp.’’

Delhi Metro has so far commissioned around  6.3 MWp of solar power plants across 21 locations in its network.

On the Kalindi Kunj depot’s construction, DMRC said it was a “major engineering achievement” as for the first-time ever, anywhere in Delhi Metro, an elevated shed was being built due to paucity of space.