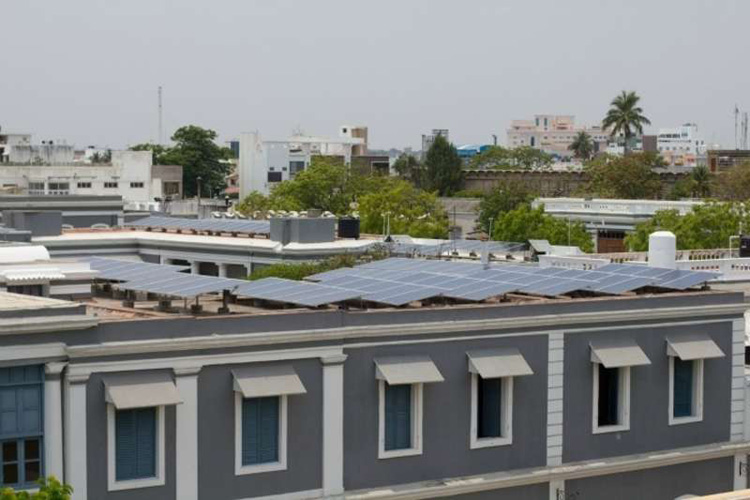 The Sri Aurobindo International Centre for Education (SAICE), Puducherry has named the first India’s Educational Institute that is fully powered by solar and totally self-reliant for its energy required.

The authority claims that, the solar power systems which had been installed on the roofs of the Institute premises has been utilizing solar power since 2014 for their energy needs.

The solar plants of the Institute generates electricity three times its consumption and saves on the Electricity Bill – which used to be around Rs 10,000 every month.

Brahmanand Mohanty, mastermind behind this activity, recently uploaded the video on YouTube. In the video he explained about the systems and functions, which was made by Shubhankar Bhattacharya, a student of SAICE.

Mohanty, who is also a guest professor at the Asian Institute of Technology in Bangkok, told that, ‘Except for the ashram’s dining room, all other buildings are net energy-positive, which means they produce two to seven times the electricity they consume. The dining room consumes about 50 per cent of the electricity it produces. First priority was given to the high school buildings to reduce electricity consumption by replacing inefficient appliances by more efficient alternatives prior to switching to solar power generation’.