Axial begins the supply and installation of 150MW of its AxialTrack

The company is kicking-off 2021 by carrying out an ambitious project that underlines its AxialTracker with Blocking System’s status as a safe and reliable solar tracking system. 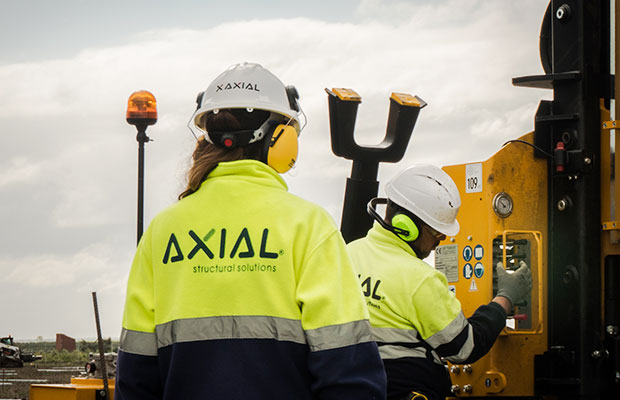 Axial has begun the supply and installation of its AxialTracker 2V system as part of a 150 MW project based in the Andalusian province of Granada in southern Spain. Once it is operational, this large solar energy project will generate 100% renewable energy supplying over 95 thousand homes, at the same time reducing by more than 200 thousand tons the amount of CO2 being emitted into the atmosphere.

The technology underpinning this project is the Tracker with Blocking System, which protects the tracker against changes in wind direction by means of its protection angle being very close to 0°, unlike other protections that operate at 45°, which leave the tracker unprotected when the wind direction shifts between northerly and southerly winds. As well as addressing wind-related problems in the structure of the solar tracker thanks to its angle of orientation, it also increases the productivity of the modules during their life cycle as a result of lower levels of vibration, which in turn reduces the risk of micro-breaks in the panels.

It was back in 2017 that Axial committed itself to higher protection levels for its solar trackers. After a period of intense research work, the company’s R&D Department managed to register the Blocking System as a certified technological innovation. Since 2018, Axial has been deploying its new Blocking System in large solar energy projects across Europe and Latin America, providing these solar power plants with higher levels of stability and reliability.

The company has a proven track record, having installed close to 1 GW of solar energy across various large-scale projects with tracker technology in Spain, Mexico, Chile and France. Over its years of operation, the system has demonstrated its efficiency in adverse weather conditions, including high winds, positioning and establishing itself as a flexible and safe system that sets the benchmark for safety and reliability in the solar tracking market moving forward.