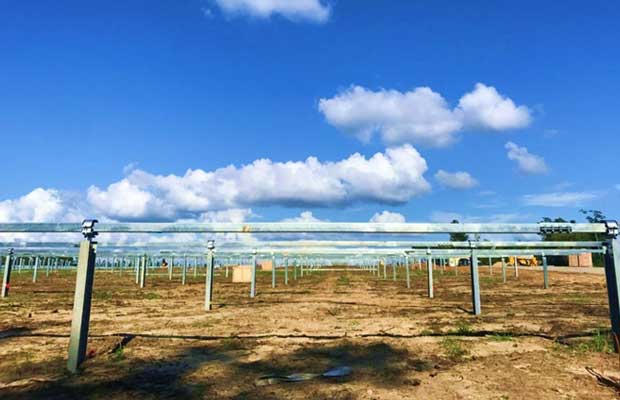 The first 3.1MW project, which will deploy Arctech Solar’s single axis trackers, is already under construction. And the second project began at the end of August.

Arctech Solar has made a breakthrough with the installation of 6MW of tracking projects in the state of Georgia in the United States. The first 3.1MW project, which will deploy Arctech Solar’s single axis trackers, is already under construction. And the second project will start at the end of August next year. This is an important step for Arctech Solar, as it continues to expand its global footprint.

“This is just the beginning in the US,” said Guy Rong, President of Arctech Solar’s international business. “In the American PV market which is almost monopolized by a few local solar tracker suppliers, we found out our technology, in particularly, the redundancy design is most welcomed by customers and thus we believe there will be huge potential for us to grow in the next few years.” Meanwhile, Arctech Solar has built its local sales, marketing, technical and service teams in its main office in Sacramento, CA and also worked closely with several partners to provide more services including installation nationwide, which demonstrates its commitment to the US customers and market.