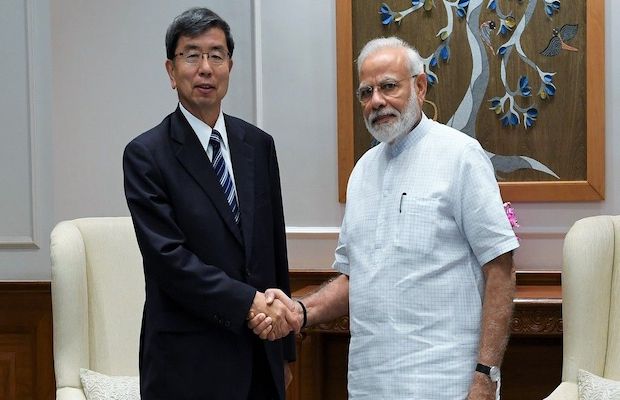 Modi and Nakao discussed how to further enhance the partnership in areas such as the promotion of new technologies and innovation, renewable energy, solar-pump irrigation, electric vehicle and battery, fintech, sustainable tourism, and the recycling of plastics.

At his meeting, Nakao commended the government’s vision to make India a USD 5 trillion economy during Modi’s second term, and reaffirmed ADB’s commitment to helping bolster the country’s inclusive growth and rapid economic transformation to achieve this vision.

ADB’s sovereign lending to India in 2018 reached a record $3.0 billion, in transport, urban, irrigation, skills development, and intermediary finance for public–private partnerships. Nakao said he appreciated the country’s speedier implementation of projects. He emphasised the bank’s commitment to catalysing private sector investments and announced a USD 100 million investment in the National Investment and Infrastructure Fund. In May 2019, ADB made its single largest nonsovereign loan to date by committing $750 million to the Indian Railways Finance Corporation to support the electrification of existing railways tracks.

In August, it was announced that (ADB) and Japan’s Government Pension Investment Fund (GPIF) recently formed a partnership to support green project financing through investments in ADB’s green bonds.