A new study, Electricity market design for efficient procurement of ancillary services in India to address changing system needs, by Wartsila and KPMG makes the case for power market reforms in India using power system simulation models. The study demonstrates that some of the renewable rich states in India could immensely benefit by adding more flexible generation technologies to their electricity mix. Based on the results it estimates that by adding 2000 MWh of battery storage and 1000 MW of gas engines to the current electricity mix, Gujarat can save approx. Rs. 4.6 crores per day. Similar savings were observed for some of the other modelled states. The study also examines the need for flexibility at pan India level and the market reforms needed to enable efficient and cost effective integration of 450 GW of renewables by 2030. 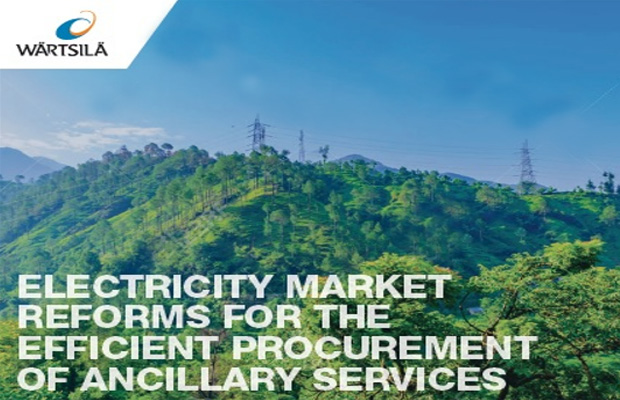 Q.Tell us more about the study you have undertaken, the need, scope and parameters behind it…

Ancillary services are not a new concept. Globally, all markets have a well-functioning ancillary services market – primary, secondary and tertiary. Such a market provides the necessary safety net to the system operator to manage fluctuations in the grid. These fluctuations occur at different time scales in the system due to demand and supply imbalances. Meeting electricity demand throughout the day has become challenging, mainly because of the increasing share of weather-dependent resources in the electricity mix. The wind does not always blow, and the sun does not always shine. Thus, to keep the power system operation stable, safe and efficient, system operator require capacities that can provide quick ramp in case of supply deficit or deep turn-down in case of surplus power or may even require capacities to start and stop multiple times a day without any additional cost burden or loss in efficiency.

Currently, the ancillary services market in India is not fully functional. Only the slow tertiary segment of the market is operational. Moreover, the market is regulated where only identified plants can provide such services. The system operator relies on the unquestioned surplus of these inflexible thermal power plants to manage system requirements such as ramping up and down, part load operation, etc. However, it has been observed that such capacities, which are supposed to provide necessary reserves, at times are not available at the system operator’s disposal. This lack of availability of such reserves poses a serious threat to grid security.

Faster RE Adoption Can Cut Power Gen Cost by 50% by 2050: Wärtsilä
Also Read

It is thus essential that India develops a well-functioning ancillary services market to cater to the requirements of the system operator. This market will also play a crucial role in the cost-efficient integration of 450 GW of renewables by 2030. However, just creating the ancillary services market is not enough. It is also vital that this market offers the right incentives to attract desirable flexible generation capacity in the system.

The electricity market reforms for the efficient procurement of ancillary services study that Wärtsilä has carried out in partnership with KPMG offers insights on the total flexible generation capacity that India (states in particular) needs currently and over the next decade till 2030 to efficiently integrate renewables. The study also identifies suitable reforms in the market design that are most appropriate in the Indian context. Moreover, the study offer insights into how different types of ancillary services may get valued under the proposed market design. These design changes are critical for investments in inflexible thermal and battery storage capacities. These capacities will not only enhance the reliability of the power system, but also will enable lower system level costs.

Q. The GOI has clearly accepted the critical role of storage or BESS for our future energy management. How does your study add to that?

Adding battery storage to the electricity mix in India is the step in the right direction. The power system simulations that we have carried out as part of this joint study clearly shows that India needs 38 GW of battery storage capacity by 2030. It is interesting to note that power system can benefit significantly from investments in storage and other flexible technologies. Our study shows that investments in the state networks can help the RE-rich states save up to INR 7 crores per day while improving reliability of the state power networks. Our study is the first of its kind and scale, that quantifies the value streams of BESS with real Indian power systems data.

Based on simulations, we found that batteries add significant value to the system by providing energy shifting applications, spinning reserves and have also contributed for regulation up and down services. For example, the dispatch simulations for the state of Rajasthan shows that battery storage can also provide spinning reserves to the system which improves utilization of low-cost generation in the system thereby reducing system level costs. Similar results were also observed from the dispatch modelling of other renewable rich states. 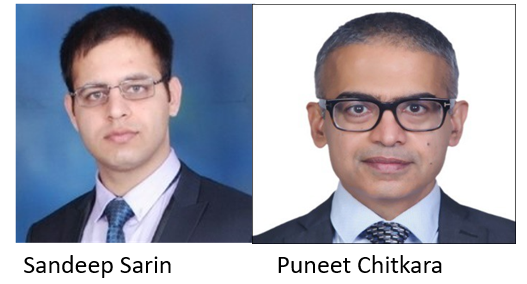 Q. Even as coal is under pressure, India also has a strong gas grid that is still being built out. In that context, how do you see the role of gas in our energy mix, especially for industry in the period to 2030 and beyond?

Gas will play an important role as a balancing fuel in India’s electricity mix. However, to enable this gas must be paired with right flexible thermal capacity. These are technologies that have ability to achieve full load in less than 5 minutes, can do multiple start-stops a day without any additional cost burden and loss in efficiency.

The modelling results shows that in addition to battery storage, India also needs at least 9 GW of flexible thermal capacity to integrate 450 GW of renewables by 2030. These capacities mostly provide non-spinning reserves to the system and contribute significantly towards regulation-up and down services. Moreover, the modelling results also shows that there are multiple time blocks throughout the year when power system must be balanced for a sudden surge in demand or instant drop in generation due to renewable drought. For such applications, gas engines (ICE) emerge as the most cost-optimal solution for managing the power system.

Q. Some of our most renewable rich states are also the more industrialised states. Do you see a gas+storage option as your study indicates making an impact in phasing out say, diesel powered captive generation faster?

Addition of flexible gas-based technology and battery storage in the electricity mix can unlock significant operational efficiencies for the renewable rich states. This will also result in economic benefits for the state. As part of this study we carried out dispatch modelling for the year 2021 for some of the renewable rich states in India, namely Gujarat, Rajasthan and Tamil Nadu. The objective was to understand if addition of flexible generation capacity (1 GW of gas engines and 500 MW of 4-hour battery storage system) can result in economic benefits for the state. For gas the long-term average price was considered at 11 $ per mmbtu. The study results demonstrated that by including flexible technologies in the states’ electricity mix resulted in a saving of approx. INR 46 million/day, INR 32 million/day and INR 70 million/day for Gujarat, Tamil Nadu and Rajasthan. These results clearly show that even today India and renewable rich states in particular can benefit from adding flexible generation capacity to their electricity mix.

Q. Does the market have enough by way of financing support, strong economics behind it to push a move to storage? Or do you see the need for a subsidy or incentive?

Our studies indicate that the cost of investments in BESS and thermal balancers can be recovered through savings in variable operational costs in less than 7 years in many RE-rich states in India. PLIs for BESS will be a plus. If area control errors have to be maintained in accordance with the grid codes, and AS regulation, then with slight re-engineering of the market design, as suggested in the report, the markets will generate enough value streams to support BESS and other flexible thermal technologies. One needs to appreciate that curtailment of RE assets is costly not only for the system but also dents the IRR of RE assets considerably. If one considers all these costs then BESS and flexible thermal capacities, even at current costs, are economical for the system.

Q. Can you elaborate further on the types of ancillary services you refer to?

Q. Which are the most evolved markets and their experience so far with respect to augmenting their energy grid with BESS?

All markets are co-evolving. There have been some developments in Australia, CAISO, NYSIO etc. In all these places, the systems have gained tremendously from BESS and flexible thermal capacities. The critical aspect is how these markets have gone about creating demand for attributes of services that are likely to help their power systems. These systems have an explicit mechanism for determination of the demand for various kinds of ancillary services. There are penal provisions for not procuring adequate capacities with desired attributes. Here, the attributes – whether you need a 5 minute of a 5 second ramping service and how much of each and at what location need to be clearly defined. Once that is done, technologies like BESS, gas engines, or other storage technologies will naturally come into the market.