Rooftop Solar: Democratising Power Generation – One Roof at a Time

Rooftop solar was the fastest-growing segment within India’s renewable energy sector last year, but it is still not growing fast enough. Capacity adwdition in rooftop solar stood at around 870 megawatt (MW) in 2017, a far cry from the ambitious target of 5,000 MW for FY 2017-18. As of December 2017, cumulative rooftop solar installed capacity was only 1.6 GW. The growth of rooftop solar installations in 2018, by all means, has probably been slower given the onslaught of GST and the scare of safeguard duties. Rooftop Solar is an idea which makes absolute sense with multi-fold benefits. The modular nature of solar power systems makes them adaptable for use on vacant rooftops. It eliminates land and interconnection costs. The solar panels which act as an intermediate roofing reduces the temperatures of the terrace. Rooftop solar assists distribution companies balance their peak demand cycles during daytime and also reduces transmission and distribution (T&D) losses as the power is consumed at the point of generation.

For an idea which makes logical and environmental sense, why has rooftop solar been lagging behind its ground based commercial scale solar projects?

One of the seemingly fringe issues with rooftop solar is the lack of knowledge as to how the entire system works. More often than not installers, have to bake in extensive education as part of the sales cycle. The lack of understanding of how it works turns out to be more of a non-starter. But as we progress, we perceive a definite shift in mindset and an increasing occurrence of positive narratives is helping bring the change. 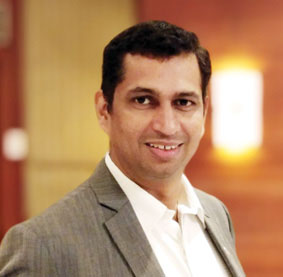 Users who have experienced the joy of not having to pay for electricity bills since the installation of rooftop solar, have been spreading the word leading to an entire communities adopting rooftop solar. In a nation where in only few afford the luxury of independent house, manuvering the maze of multi- household residences also comes with the associated issues of use restrictions of the roof.

However, Bye law 171 of Maharashtra Co-op Housing Societies act provides the much needed legitimate diversion for individuals to use the terrace or available open space of the society’s building for Solar installations. Residents of Dnyaneshwari Co-op Housing Society in Vashi, Navi Mumbai lead this by example where few residents decided to go for solar for their individual homes using the common terrace for installing the panels. Another major reason why rooftop solar is struggling is the DisComs treating solar as a threat to their business. A possible reduction in demand for grid electricity is considered as potential revenue loss.

Solar installations are also seen as a non-essential and that much more lack of intention to deploy effort for streamlining the process in the DisCom offices and in the field. The need to debunk this misconception in the minds of the DisCom is imperative to the success of rooftop Solar.

Adoption of rooftop solar within the boundaries of the distribution network offers inherent economic benefits to the DisComs themselves. Generation close to the point of consumption lowers transmission and distribution losses. Targeted solar deployment in select areas minimises grid overloading, which lowers the need for investments in upgrading the distribution infrastructure.

The SRISTI scheme represents the perfect means for DisComs to capitalise on the opportunity presented by rooftop solar. The proposed Rs14,400 crore incentive fund under the scheme would compensate DISCOMs for their revenue losses. This scheme could incentivise DISCOMs to change their tempo from bottlenecks to leaders of the rooftop solar revolution.

The key lies in bringing in awareness for rooftop solar and making it easy for the transition. Every challenge also means that extra push required to go green. But every additional roof we help go solar means that much more chance for our kids to breathe better.