China’s BYD has seized Tesla’s crown as the world’s biggest EV producer. This comes as a consequence of the number of sales reflected in the first six months of 2022, as per July 5 filing by the company. The Shenzhen-based carmaker sold about 641,000 new energy vehicles (NEVs), including electric vehicles and hybrids, in the first six months of the year. This is an increase of over 300 per cent from the same period a year ago. 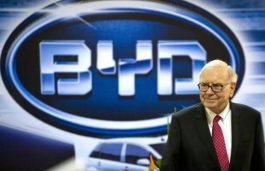 In the same period, Tesla sold 564,000 vehicles at a year-on-year rise of 46 per cent. The American EV giant sold 386,200 vehicles in the same period last year. Tesla recorded an 18 per cent drop in sales over the first three months of the year as the firm’s production and sales were hit by Shanghai lockdowns to deal with COVID-19 outbreaks. While the Shanghai lockdown hit Tesla sales adversely, BYD saw rapid growth in sales of its electric cars.

Founded in 2003 and headquartered in California, Tesla was ranked as the most valuable automotive brand worldwide in 2021. Further, it has been within the leading fifteen most valuable brands across all industries worldwide. A year before that, Tesla was ranked as the leading electric vehicle brand. Tesla was the biggest EV producer until recently, selling a little more than over 936,000 units in 2021, capturing a market share of close to 14 per cent. It also witnessed growth at a rate of 157 per cent in the said period. BYD was only third, behind VW group with about 9 per cent share in the market. Country-wise, China was the biggest market in 2021, and also of supreme importance to Tesla. The recent estimates go on to show that more than 40 per cent of Tesla’s sales come from China.

Tesla’s models are primarily electric passenger cars, that are mostly sedans and crossover vehicles. Its first electric light-duty truck is in the offing this year.

Tesla’s primary source of revenue in 2020 was automotive sales at close to 26.2 billion U.S. dollars. In 2021, Model 3 and Model Y vehicles accounted for close to 96 per cent of Tesla’s vehicle deliveries by model, duping the Model S and Model X products. Bringing in wider options, Tesla is expected to add the second-generation Roadster, the first EV and the widely anticipated Cybertruck to its currently existing model line-up. While the United States continues to be Tesla’s primary target market, with its share of 75 per cent in US market, the company is now eyeing the Chinese and European markets.

BYD has mainly based its sales in Mainland China, but is also undertaking rapid expansion in the global market. The Chinese firm had already begun the year with a bang, expecting to sell between 1.5 million to 2 million plug-in EVs in 2022, around 3 to 4 times the volume in 2021. The same momentum helped it dethrone Tesla to become the world’s biggest EV producer.

BYD’s plans of expansion in Europe were announced in 2020 itself. In May 2020, the Chine giant announced expansion plans in Europe, starting with Norway. Further, Australia also announced  2000 BYD electric vehicles in the fleet; it will be in the part of the new taxi operator ETaxiCo. The firm further cemented the electric run as it recently announced that it has stopped the production of all automobiles powered only by gasoline engines. It also hinted to turn its focus to manufacturing innovative high-tech battery electric and plug-in hybrid cars and trucks.

Other Automakers In The Race

While the top position is held by BYD for now, the competition has only got intense in the electric vehicle segment. Automakers have set their sights on electrifying large parts of their fleets over the next ten years. Some have even announced setting targets for fully electrified line-ups in as early as five years.

By the end of 2024, many new electric options may hit the roads for the consumers to choose from. Dozens of pure battery electric vehicles (BEVs) will also mark their debut by this time, if all goes according to plan. Many new firms have set their goals of EVs such that the upcoming time will see a tight competition amongst the automakers to top the leaderboard of biggest EV producer of the world. The battery technological evolution couples with vehicle upgrades is going to challenge existing issues in the EVs for the consumers. Here is a lowdown on all the major firms eyeing this segment.

American Honda recently introduced Accord hybrid, CR-V hybrid, and Clarity hybrid, plug-in hybrid, and electric. The company aims for all its sales to be zero-emissions EVs by 2040 – 40 per cent of sales by 2030 and 80 per cent by 2035. To accomplish these goals in next 18 years, the firm formed partnerships with investments commitments of $40 billion in EV R&D. This will include solid state batteries as an important component. Honda teamed up with GM to make use of GM’s coming Ultium batteries that will allow long-range electric travel. This may create waves in the market. Prologue SUV will be the first vehicle coming out of accord in 2024.

BMW has shared that it will introduce almost a dozen new EVs to market in the next three years. Its mini subsidiary has already made Mini Cooper electric model available, while an electric Rolls-Royce Spectre is coming in 2023.

Ford has plans to introduce an electric version of its F-150 pickup – F-150 Lightning – for sale in spring 2022. The firm has an ambitious target to produce more than 2 million EVs every year by 2026, with EVs being half of its global sales volume by 2030. It also looks to electrify its entire portfolio of vehicles by 2030.

GM aims to have 20 EVs available in the U.S. by 2025 and to have an all-electric model line-up by 2035. The GMC Hummer EV will be followed by the Cadillac Lyriq SUV and Celestiq sedan; Chevrolet Blazer EV, Equinox EV, Silverado EV; and GMC Sierra EV. Buick will launch its first electric vehicle in 2024. Chevrolet Corvette will be all-wheel drive for the first time, in addition to power boost from electricity. Its partnership with Honda targets a goal of building millions of EVs for the global market starting 2027.

Other major players also have their plans reserved that will ramp up the competition in next few years. Many other automakers – such as Hyundai Motor Company, Jaguar Land Rover Limited, Kia Motors America, Mazda Motor Company, Mercedes-Benz USA, Mitsubishi Motors North America, Nissan North America – are also coming with a fleet of new electric options and solutions to warm up the compete in the race of the biggest EV producer of the world. BYD may have overtaken the throne, but with so many options to still pop-up in future, it won’t be unrealistic to expect some new name on the top.