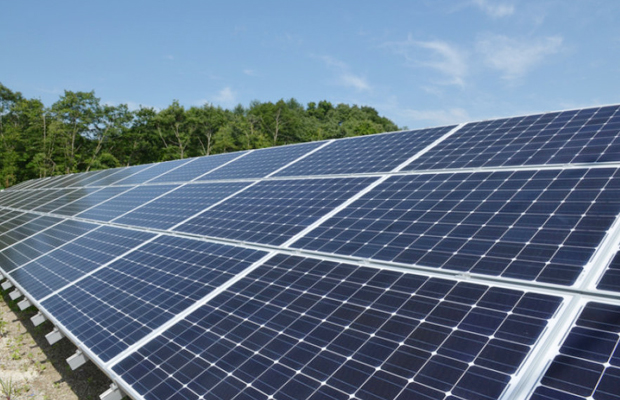 Solar cells capture sunlight and turn it into electricity, but most of the surplus energy turns into heat, which actually harms the solar cell and interestingly solar cells are only about 20 percent efficient.

Researchers at Stanford University, Palo Alto, California, USA have come out with a technology to keep the solar cells cool. The team has developed a new material that can cool a solar cell by up to 13° Celsius (C) and the cooling layer is expected to help solar cells turn approximately 1 percent more sunlight into electricity. The cooler temperatures also mean the solar cells will likely last longer due to greatly reduced efficiency degradation rates.

The presentation on “Radiative cooling of solar absorbers using a transparent photonic crystal thermal blackbody,” by Linxiao Zhu, Aaswath P. Raman and Shanhui Fan will take place at the Conference on Lasers and Electro-Optics (CLEO), which is held 5-10 June in San Jose, California.

“What’s unique about our work is that we demonstrate radiative cooling while preserving the amount of solar absorption,” said Linxiao Zhu, a graduate student in the research group of electrical engineering professor Shanhui Fan.

According to the researchers new material keeps the solar cell cooler even as the solar cell absorbs the same amount of sunlight. They have achieved the cooling of solar cells and maintaining sunlight absorption with a wafer made of silica, a colorless mineral found naturally as quartz. They etched tapering holes, about 6 micrometers across and 10 micrometers deep, in the wafer. The holes are designed to smooth the path the thermal radiation takes to escape.

The team tested the silica layer by placing it on top of a solar cell mimic—a polished silicon wafer with an antireflection surface and aluminum back that has similar absorption characteristics to standard solar cells, but wasn’t actually wired to produce electricity.

Initial testing verifies that because the silica layer is transparent, approximately the same amount of sunlight still reaches the solar cell mimic. In fact, there was a slight increase in absorption because of anti-reflection and light trapping effects of the etched silica.

The researchers also found that the engraved silica layer lowered the temperature 13° C compared to the bare solar cell mimic.

Researches at Stanford University estimate that the 13 degrees cooling would result in an absolute efficiency improvement of more than 1 percent. Co-author of the study, Aaswath Raman noted that heat can speed up the degradation of solar cell parts, so cooling could lengthen their lifespan and likely save costs.

“Ultimately, radiative cooling relies on the coldness of the universe, which is a mostly untapped thermodynamic resource” said Zhu said. He further added”soalr cells aren’t the only applications that could benefit from this cooling approach, especially since the new research shows it can work without significantly altering the sunlight absorption characteristics of an underlying material . Cooling cars, clothing, and outdoor equipment are all possible applications.”

Now the researches will test the engraved silica layer with a real solar cell to demonstrate the predicted efficiency improvements. The team is also talking to industry partners who could be interested in commercializing the approach.