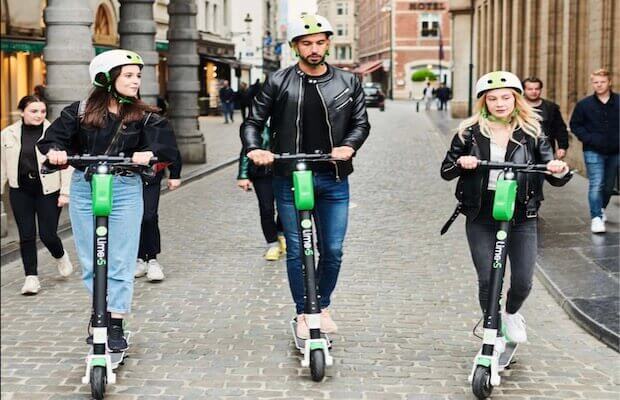 Electric scooter and bike-sharing firm Lime has announced that it has raised USD 170 million in an investment round led by Uber. Other investors include Alphabet, its venture capital arm GV, and Bain Capital Ventures.

Under the deal, Uber Technologies will transfer its own electric bike and scooter division ‘Jump’ to Lime and the companies will further integrate their apps. Lime global head of operations and strategy Wayne Ting will become CEO of Lime while outgoing CEO Brad Bao will become chairman.

The news of the funding round was first reported by The Information. As per the report, the USD 170 million funding round values the electric scooter rental firm at USD 510 million, which reportedly implies the firm’s valuation has taken a 79 percent dip from its previous valuation USD 2.4 billion.

The news of the financing comes just a day after Uber announced that it would be laying off close to 3,700 employees or 14 percent of its workforce, because of the ongoing situation with COVID-19 and the subsequent economic slowdown.

Lime has also been served the short end of the stick at these uncertain times worldwide. The firm had pulled its fleet of electric kick scooters from 99 percent of its markets around the world. As its revenue dried up, the company said it would lay off about 80 full-time employees, or about 13 percent of its global workforce. The firm had also said that it laid off 14 percent of its staff and exited 12 markets in January before most of the COVID-related shutdowns went into effect in an effort to help the company achieve profitability.

Prior to the latest investment, Uber already holds a minority stake in Lime, having led a USD 335 million investment round back in 2018 when the scooter boom was in its nascent stage.