A new report takes a look at the underlying problem with the uptake of electric vehicles, the concern of what to do with the batteries when they reach their end-of-life. 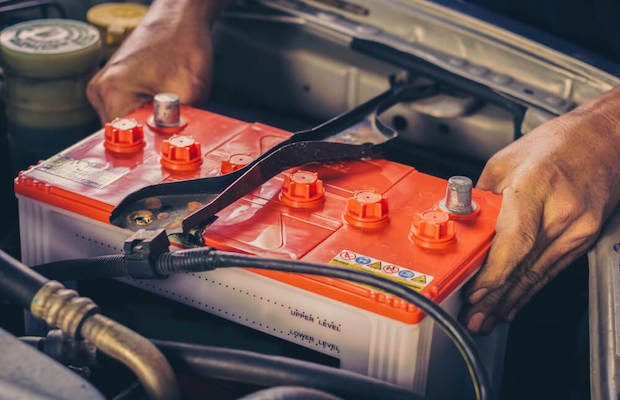 As the uptake of electric vehicles (EV) has increased exponentially in the past few years, the concern of what to do with batteries when they reach their end-of-life in electric vehicles is also intensifying gradually.

By 2030 there will be over 6 million battery packs retiring from EVs per year, according to IDTechEx’s latest report ‘Second-life Electric Vehicle Batteries 2020-2030.’

The report highlights that after 8-10 years of services as powertrain for EVs, the used batteries could still retain up to 70-80 percent of the total capacity which could be further utilised in a wide range of energy storage applications. “The key is to match the ‘right’ batteries with the ‘right’ applications.”

It further underlined that the first batch of electric vehicle batteries is reaching their retirement age and that the next ten years will see a huge increase in the volume of retired batteries.

Many experts believe that energy storage devices will have an important role in the electricity market. “By 2030, second-life battery capacity will hit over 275 GWh per year which presents huge opportunities for energy storage,” the report analyses.

Many global automobile companies like Nissan, Renault, BMW, and BYD all have launched various projects and business initiatives on second-life batteries.

For instance, in February 2019, Nissan Energy and OPUS Campers collaborated on a smart camping concept that uses second-life Nissan EV batteries to deliver up to a week’s worth of remote power for off-grid adventures. This co-created concept is made possible by a device called Roam, designed by Nissan.

Citing the example of American EV maker Rivian, the report underlines that it is interesting to see that the company is already planning for the second-life for their batteries even before their first EV is launched in the market.

“The company has built its battery packs and modules, as well as the battery management system (BMS) in a way that the batteries can be seamlessly transitioned from vehicle energy storage to stationary energy storage. This is crucial in the development of second-life batteries, as the initial battery design will greatly impact the viability and cost of repurposing used EV batteries,” the report added. 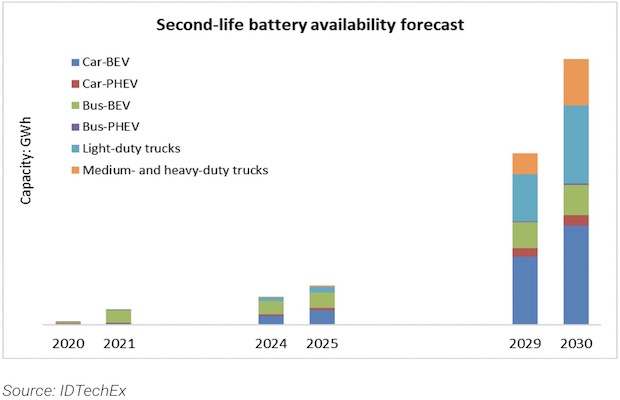 Recycling is necessary in the end, the study said, but before that giving those retired but still capable batteries a ‘second-life’ in less-demanding applications such as stationary energy storage could bring tremendous value to a wide range of stakeholders across the automotive and energy sectors