Tata Motors is actively looking to set up exclusive outlets for its electric vehicles portfolio but is yet taken a final call, a company official has said 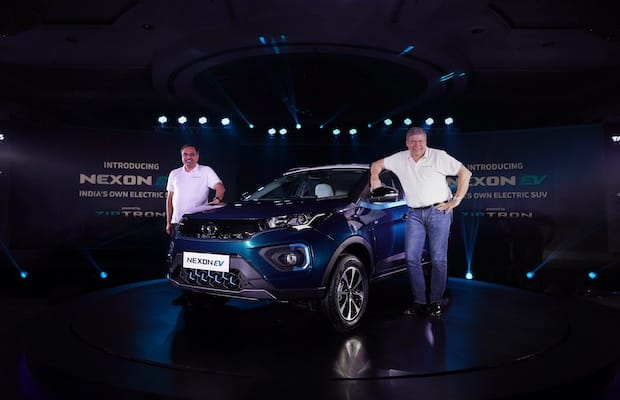 Tata Motors is actively looking to set up exclusive outlets for its electric vehicles portfolio but has not yet taken a final call over the issue, a top company official has said. The home-grown auto major recently ventured into the personal electric mobility space with the launch of the electric version of its most-selling compact Sedan Nexon recently. Besides, the carmaker also plans to roll out four more EV models in the next two years.

“It should be possible. it makes sense. We will try to see when we have at least a minimum range of vehicles (EVs), we will start some exclusive experience. We have some thought on it,” Tata Motors electric vehicles business head Shailesh Chandra told PTI at the Auto Expo. He said this also requires some investment, which the company is open to.

When asked by when the company was expecting to come up with such exclusive dealerships, Chandra said, “It may take a year or more. At the right time, we will comment when we are going to come up. A decision has to be taken,” he added.

At the time of the Nexon EV launch, the company had announced the vehicle will be sold through the 60 Tata Motors dealerships across 22 cities. Besides, it has also been leveraging its network of consumer retail stores Croma for providing a digital experience with a new store-in-store concept.

He said Nexon EV has been taken very well as it offers a strong value proposition, adding Tata Motors is not far from any other global EV player when it comes to EVs than its vehicles with internal combustion engines.

What could help more in EV sales in the country is that apart from the push, now there is a pull factor from the customers as well. “In the Indian market, we can be more successful because of the conglomerate’s power,” he said.

The company is closely working with other group companies such as Tata Power, Tata Chemicals, Tata Autocomp, Tata Motors Finance and Croma to create an e-mobility ecosystem, Tata uniEVerse, for faster adoption of EVs in the country, Tata Motors had said earlier.

When asked about the cost benefits that Tata Motors have accrued by taking other group companies on board in the making of Nexon EV, the official said that there are certain realisations that the company has got but they are going to benefit it in the long-term. “Benefits are yet to come but it (the tie-up with group companies) should not be seen only from the cost perspective but also from the volume perspective, ” he said.