Home » EV+Storage » Indian Railways to be Transformed Into ‘Green Railways’

Indian Railways to be Transformed Into ‘Green Railways’

With the goal of transforming the Indian Railways into “Green Railways”, complete electrification of the Railway network has been approved by CCEA 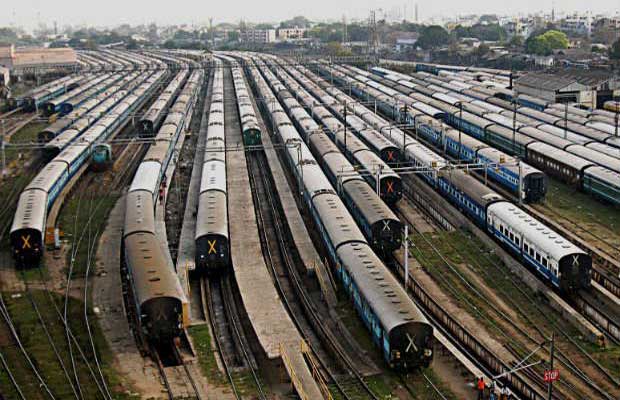 With the goal of transforming the Indian Railways into “Green Railways”, complete electrification of the Railway network has been approved by Cabinet Committee on Economic Affairs (CCEA) which will reduce its carbon footprint and will also improve its finances through the reduction in fuel cost.

As part of its obligations and commitment to reducing carbon footprints, the Railways is taking several initiatives in the field of Green Energy to achieve the same. In line with this, a Memorandum of Understanding (MoU) was signed between the ministry and the Department for International Development (DFID), the United Kingdom for collaboration on energy and sustainability.

Through the Power Sector Reform (PSR) programme, the MoU with DFID envisages to include co-operation for the Energy Efficiency & Energy Self Sufficiency for Indian Railways. The MoU will broadly cover:

i. Energy planning for Indian Railways in line with Governments’ policies and regulations as applicable from time to time including 100 percent greener sources of electricity supply through

The collaboration of Indian Railways with DFID will go a long way in ensuring self-sufficiency and efficiency in terms of energy and greener Indian Railways, the ministry issued in a statement.

Recently, Union Minister Piyush Goyal had informed that a target has been set for full electrification of Indian Railways within the next four years.

“Railways is continuously increasing electrification for a better, pollution-free future. The target of electrification of the entire railway in the next 3-4 years has been set, making it the world’s first carbon emission-free railway, along with that the railways are producing solar energy for their power needs,” the minister tweeted.