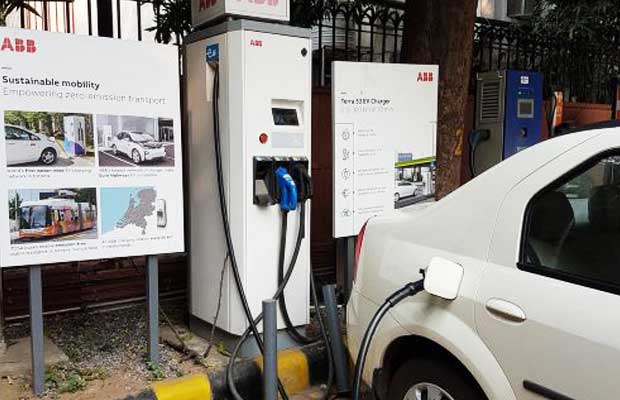 The Government of India has recently approved the second phase of the FAME [Faster Adoption and Manufacturing of (Hybrid &) Electric Vehicles in India] Scheme, for 3 years commencing from April 1, 2019, with total budgetary support of Rs 10,000 crore.

The main focus of this phase is the electrification of public & shared transportation. Under Phase-II the government intends to support the development of EV charging infrastructure by extending the capital grant to different organizations working with city government for the promotion of the use of Electric Vehicles (EVs).

In Accordance with which the Ministry of Heavy Industries has issued an Expression of Interest (EOI) seeking proposals from entities public or private for development of EV charging infrastructure in different states/cities.

Proposals are invited from entities that intend to develop EV charging infrastructure in million-plus cities as per the 2011 census; and smart cities as notified by the Ministry of Housing and Urban Affairs. It also invited proposals from satellite towns connected to seven metros (Delhi, Mumbai, Kolkata, Chennai, Hyderabad, Bangalore and Ahmedabad); major cities of special categories State/UTs; and the capital city of all states/UTs not covered in the above categories.

“Initially, 1,000 EV charging stations are earmarked for deployment through this EOI. These charging stations will be sanctioned to different states/cities/entities after evaluation of the proposals received under this EOI,” the Heavy Industries Ministry said.

It further advised that to the extent possible charging station should be connected with ‘grid-connected solar power plant’ of required capacity as per MNRE guidelines so as to ensure grid stability and green energy for electric vehicles.

As per the EOI, the associated up-stream electrical infrastructure required to supply electrical energy for the recharging of EVs should be equipped with advanced features like smart metering, cellular capability and network connectivity by the selected developer.

The last date for submission of the proposals is August 20, 2019.