E-Bike Startup Ultraviolette Raises Capital From GoFrugal in Series B

Electric motorcycle startup Ultraviolette Automotive has raised capital from GoFrugal Technologies as part of its Series B funding round. 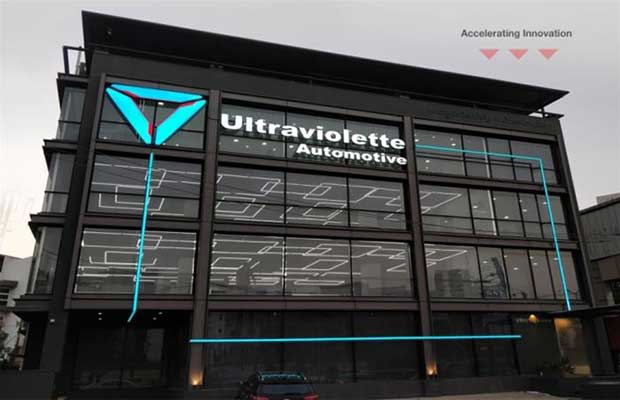 Electric motorcycle startup Ultraviolette Automotive has announced that it has raised capital from GoFrugal Technologies as part of its Series B funding round. The firm, however, did not disclose the amount of the funds raised from GoFrugal in the B round.

In a statement released by the firm, it states that backed by a team of strategic investors such as TVS Motor Company, GoFrugal Technologies and Speciale Invest, Ultraviolette Automotive is looking to scale-up its operations in the immediate future by way of expanding the team, investing further in research and development (R&D) and building manufacturing capabilities.

Kumar Vembu, CEO of GoFrugal Technologies, along with Special Invest have been early investors in the Chennai-based company. “Kumar Vembu, who has been an early investor in the company during the Series A funding and has joined this round of investment along with TVS Motors to support Ultraviolette Automotive’s vision of transforming the future of electric mobility in the country,” the company said in the release.

TVS Motor Company had last month announced an additional Rs 30 crore investment in Ultraviolette Automotive as part of the Series B Funding, taking its total stake in the EV startup to 29.48 percent.

“Kumar Vembu has been a long-standing partner in our journey towards building a superior EV experience in India and we are thrilled about his continued support in this round of investment as well,” said Narayan Subramaniam, Founder and CEO, Ultraviolette Automotive Pvt Ltd.

Vembu’s investment comes at a great time as we work towards launching our motorcycle in the market, he added.

A key area that Ultraviolette Automotive has significantly invested in is battery technology for Indian conditions, said the release, adding that over the last three years, the company has developed battery packs from scratch, to accommodate the highest energy and power density globally and has filed several patents especially on the safety and thermal management aspects.

“Since the unveiling of F77 motorcycle, the company has made significant progress towards launching the motorcycle in the market. We see immense promise in Ultraviolette Automotive’s vision of building high-performance electric mobility solutions and leading the movement in transforming the future of mobility in the country,” said Vembu.