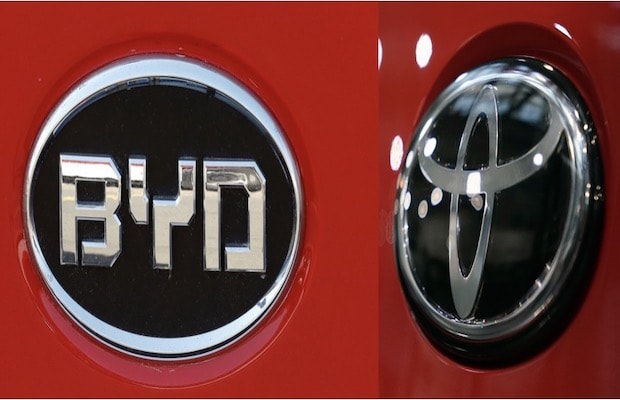 BYD Company Ltd and Toyota Motor Corporation have announced that preparations have proceeded since they signed an agreement for the establishment of a joint venture (JV) company to conduct research and development (R&D) of battery electric vehicles (BEVs) on November 7, 2019, and registration of the new company has been completed.

Operations are scheduled to commence in May 2020. The name of the new company is BYD Toyota EV Technology(BTET). Hirohisa Kishi from Toyota will serve as chairman, and Zhao Binggen from BYD will be the chief executive officer (CEO).

New Chairman Hirohisa Kishi said with regard to the establishment of the company, “with the engineers from BYD and Toyota working together under the same roof, we aim to develop BEVs that are superior in performance and meet the needs of customers in China by merging the two companies’ strengths and also through friendly rivalry.”

Newly appointed CEO Zhao Binggen commented, “This JV company will focus on the research and development of battery electric vehicles with technology and know-how from both China and Japan. The company is committed to promoting and populating high-quality technologies that make battery electric vehicles more environmentally friendly, safe, comfortable, and intelligent. Our vision is to create a future customer-first mobility style, and harmonious society for humans and nature.”

BYD and Toyota will work together to meet the diverse needs of customers by researching and developing BEVs that appeal to customers and promoting their widespread adoption and also hope to contribute to improving the environment in China.

Recently, we had reported that BYD had officially announced the launch of the Blade Battery, a development set to mitigate concerns about battery safety in electric (EV). At an online launch event themed “The Blade Battery – Unsheathed to Safeguard the World”, Wang Chuanfu, BYD Chairman and President, said that the Blade Battery reflects the firms’ determination to resolve issues in battery safety while also redefining safety standards for the entire industry.