BMW now has Half a Million Electric Vehicles on Road

The BMW Group has reached another electro-mobility milestone and already delivered half a million electric vehicles to customers worldwide. 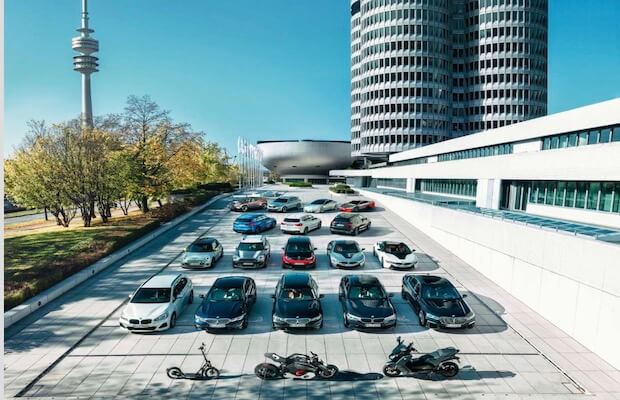 As an e-mobility pioneer, the BMW Group has announced that it has reached another electro-mobility milestone and already delivered half a million electric vehicles to customers worldwide. The milestone was crossed after Sebastian Mackensen, BMW Group senior vice president Market Germany, handed over the keys to a very special BMW 330e to its future owner at BMW Welt recently.

“Half a million vehicles are the best proof: Our broad range of electrified vehicles is meeting exact customer needs. Now, we are stepping up the pace significantly: we aim to have one million electric vehicles on the roads within two years. This is our contribution towards effective climate protection,” said Oliver Zipse, Chairman of the Board of Management of BMW AG.

The group further announced that next year, the BMW X3 will become the first BMW Group vehicle available with four different drive train variants: efficient diesel, petrol, plug-in hybrid and pure electric. And that the biggest market for the pure electric BMW iX3 is China, where it will also be produced for the global market.

The iX3 will be the first to benefit from the ground-breaking fifth generation of our highly efficient BMW electric drive trains, which provide a new balance between range and battery size. The key lies in making the drive train substantially more efficient.

The BMW iNEXT – which will also be available from 2021 – will combine electromobility with highly automated driving. The fully electric BMW iNEXT will be produced on the same assembly line in Dingolfing as vehicles with combustion engines and plug-in hybrids. This will be followed in 2021 by the BMW i4, a pure electric Gran Coupé in the premium mid-size segment with strong emotional appeal. The BMW i4 will be produced at the main plant in Munich.

“We already offer an electrified drive train variant for most of our model line-up – from MINI to the BMW 7 Series. Our customers get to choose: Not just their preferred model, but also the drive train that suits them best,” explained Pieter Nota, a member of the Board of Management of BMW AG responsible for Customer, Brands and Sales. “This is the diversity our customers want and that can best meet their individual mobility needs.”