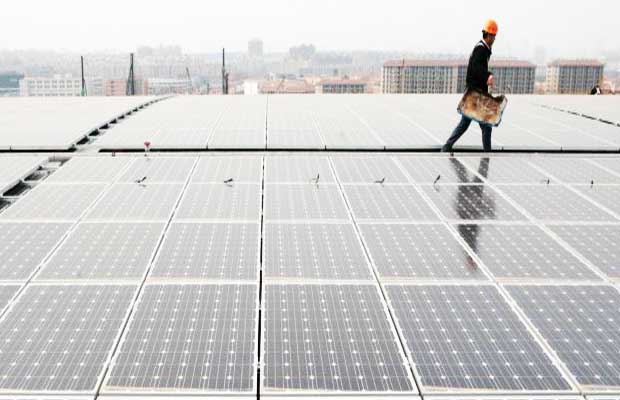 The latest Global Solar Demand Monitor from GTM Research, said that the performance of China’s solar market exceeded analyst expectations last year. It flipped the global demand story from an expected 7 percent global PV market contraction in 2017 to 9.4 percent growth, with a 5.3 percent compound annual growth rate through 2022. GTM Research currently projects the annual global solar market to reach 85 gigawatts in 2017 more than double the installed capacity in 2014. The higher forecast is driven largely by China, which is expected to install roughly 30 gigawatts of the 2017 total.

China saw a surge in project deployments in the first half of 2016 (totaling more than 22 gigawatts) ahead of planned cuts to the country’s feed-in tariff (FIT) program. Another round of steep FIT cuts were expected for 2017, but the NEA ultimately issued higher rates. Because of China’s opaque policy environment, GTM sees two possible scenarios for Chinese demand. In the first scenario, FIT cuts continue as demand tapers over time and shifts to smaller market segments. Eventually, the FIT would be replaced with competitive auctions. This is likely to track GTM’s base-case projection for China. In the second scenario, the FIT program remains in place through 2017, and then the NEA shifts to competitive reserve auctions in 2018. This change, which sources say is under discussion, would likely be made with the intention of capping solar demand, limiting the curtailment of excess solar generation and addressing the FIT program’s longstanding back-payment issues. Auction volumes would be informed by China’s Five Year Plan amounting to an estimated 15 to 20 gigawatts of annual demand through 2022. This route would likely follow the downside scenario. What happens in China matters to the entire solar industry because it represents such a large portion of the overall solar market. That means policy uncertainty at the NEA poses a potentially market-destabilizing risk to the entire industry’s supply and demand balance.