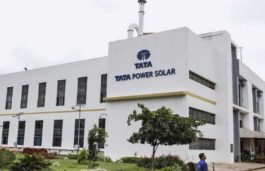 The venture will be executed on the reservoir of NTPC Kayamkulam District Allappuzha, Kerala. Adding another feather in its cap, Tata Power’s solar arm has received a Letter of Award (LoA) to develop 105 MWp floating solar project in Kerala. Bangalore-headquartered Tata Power Solar has won this project under the reverse bidding auction of 70MWac/105MWp […]