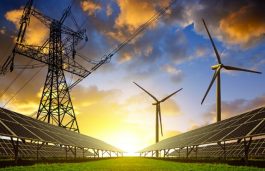 On September 7, the Electric Power Research Institute (EPRI), the U.S. Department of Energy’s (DOE’s) National Renewable Energy Laboratory (NREL), and the University of Washington announced the creation of the industry-wide Universal Interoperability for Grid-Forming Inverters (UNIFI) Consortium to advance research on grid-forming inverters supporting variable renewable energy growth across the power system. Funded through a $25 […]