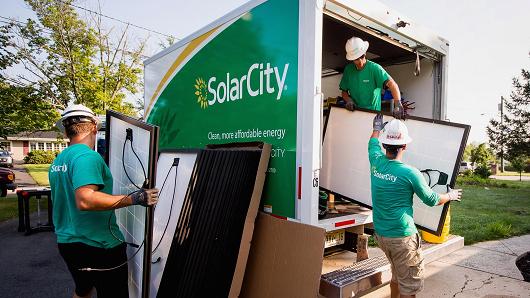 SolarCity independent directors Donald Kendall and Nancy Pfund will serve on the committee. Kendall is the chief executive of investment management firm Kenmont and is the only member of SolarCity’s board with no direct ties to Tesla, the Southern California automaker founded and run by Elon Musk, who is also the chairman of SolarCity.

Tesla, last week in a statement said that it’s now time to complete the picture. Our customers can drive clean cars and they can use our battery packs to help consume energy more efficiently, but they still need access to the most sustainable energy source that’s available: the sun.

Five of SolarCity’s eight board members recused themselves from ruling on the Tesla deal because of their ties to the company or to Musk, who is also Tesla’s CEO. That group includes SolarCity founders Lyndon and Peter Rive, the company’s CEO and chief technology officer, who also are Musk’s first cousins.

The status of SolarCity board member John Fisher in evaluating the deal was not immediately clear. Fisher has not recused himself so far.