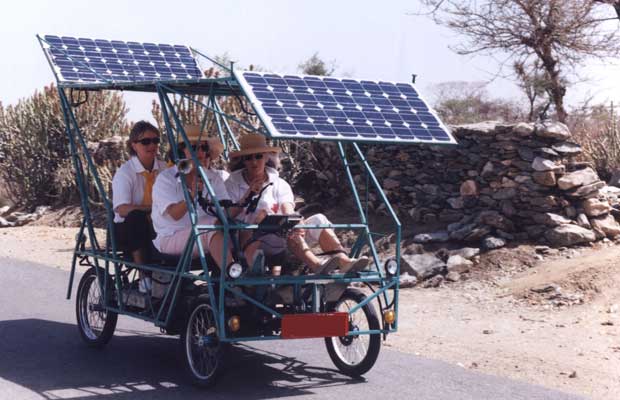 Solar power vehicles were seen playing inside the Bhitarkanika National Park when it was opened for tourist on Monday after three months.  Tourists will have to pay Rs 20 a person to travel on the green vehicle to the core areas of the forest.

Speaking to TOI divisional forest Officer Bimal Prasan Acharya said that the green vehicles do not emit smoke and would be useful for tourist as vehicular traffic is not allowed in the region. He added that also these slow vehicles will not be fatal for people walking in the forest.  The three solar powered vehicles were bought at a cost of Rs. 5.25 lakh.