Missing. A Public Presence for Renewable Firms in India

Back in March 1999, when Infosys Limited, the software firm that was just beginning to get noticed listed on the Nasdaq stock market in the US, it was a seminal moment for the firm and the Indian IT sector in general. Not only did the firm become the first Indian firm to list on NASDAQ, its stellar record and subsequent performance ensured an easy entry for many other firms across IT and other sectors to go public. So well did the visibility, and investor enthusiasm for the share work, that one could argue that the biggest Indian IT firm at the time, Tata Consultancy Services Limited (TCS), could actually go for a domestic listing, rather than follow Infosys and its peers to NASDAQ or the NYSE (New York Stock Exchange). 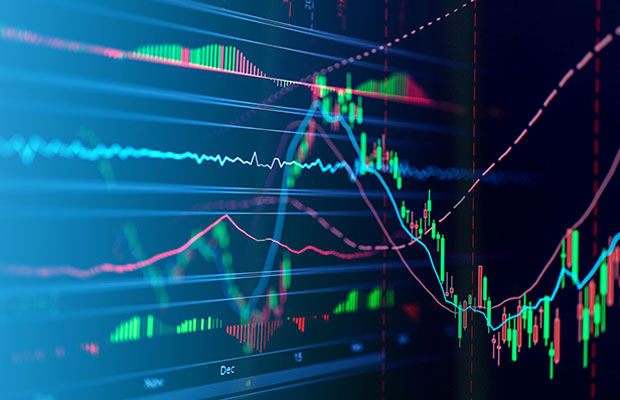 So why is the Infosys example relevant? Because, in the words of its own founder, when Infosys went for the NASDAQ listing, it was not just to raise money. That was secondary. What the firm wanted was the visibility the listing would provide in its key market, the US with its potential clients. As it turned out, the BFSI, or the Banking and Financial Segment was particularly crucial for the firm, and it has always acknowledged the tremendous benefit the listing provided it.

Somewhat like IT services in 1999-2000, renewables are at a similar point for some time now. The market has grown massively, the expertise exists here to scale it to much higher level, and the industry could definitely do with the financing from public markets. But India’s  top renewable firms are missing from the public markets. At a time when the country has clearly emerged as a large market in its own right for most renewable and other green technologies, this is a real pity. For a higher public persona will not only drive investor interest, but also go a long way towards changing public awareness and perception about the benefits and potential here, besides the absolute need to embrace it.

Why does perception matter? We believe the state of the rooftop solar market will give a simple example. Back when India apportioned targets for its 100 GW solar target by 2022, the rooftop segment had been given a full 40% or 40 GW share to achieve. Today, with just around 3 years left to that deadline, rooftop solar has barely budged, when seen in the context of the 40 GW target. Depending on which numbers you go with, it is presently at 4.5 GW. In effect, even a 100 percent year on year growth from here cannot take it to the 40 GW target. Proof that the government has given up on chasing this number is there in the power ministers own assertions, where he has claimed that India will meet its solar targets, and given a breakup as to how it will get there. There is practically no mention of rooftop solar in his numbers, although rooftop solar will play a significant role in the numbers being driven through PSU undertakings under the manufacturing linked solar tenders. But even these efforts are barely enough to take it to 20 GW, if at all. Detractors will of course point to the most obvious difference between Indian IT and Indian renewables sector. The government. While IT had almost zero government involvement, and in fact benefited from tax exemptions on export earnings, the renewables sector today is a perfect example of everything that goes wrong, without fail, when the government (and its entities) are your biggest customers.

To give just one more powerful example, China, which dominates the renewables market like no other market possibly, has had some of its biggest names, from Jinko Solar, to JA Solar, to Trina solar, Suntech Power and more listed in the US markets way back in 2007-2010. Not only did these firms grow and become world leaders, their example has led to multiple Chinese players getting listed in the domestic Chinese markets, getting ready access to capital and visibility. You have to see the pride and validation a public listing provides, to understand how much access to the public matter has mattered in making the Chinese renewables sector a formidable global leader.

The renewables sector suffers from government control that has almost killed any hopes of India using its large domestic market to break out and make waves around the world. Here, you have your customer deciding your prices, the rules of operation, and even the competition you will face. With no backstop on everything that go wrong, as it invariably does with government intentions. Regulators, appointed to perform a balancing job, have barely managed to push back in the face of pressure from  loss making discoms, political pressures, and complicated contracts and legal challenges.

Ironically, the global EPC leader Sterling and Wilson Limited did manage an IPO in August this year, only to flunk the post IPO test of professionalism. In the short term, that firms travails have done almost as damage as the policy hacks the government has been devising for the sector.

The other notable renewable power player that is listed, Adani Green Limited, which came into being after being hived off from parent firm Adani power last year, has actually performed well enough to spark interest, though the caveat with the Adani group is always going to be the whispers of clout and treatment that not every firm can actually get.

Industry leaders like Renew Power which have nurtured a good reputation with their investors, have struggled to make the final jump. Others like Amplus,  with a business model that would have appealed to a wider investor base and the benefits of higher visibility, have been snapped up by overseas investors. Azure Power, which did get a NASDAQ listing, and benefited tremendously from it, is struggling with its own succession troubles. The rooftop solar market, which had the potential to create some really strong firms, is today a fragmented and commoditised market, with no single player even over Rs 500 crores in topline.

So what’s the next step here? We believe the market remains one with massive potential to deliver gains, not just environmental,  but also financial. It will require a much more calibrated effort from the authorities pricing electricity from thermal sources, versus creating an enabling environment for say, storage backed power generation, rules for which don’t even exist today. Most importantly, the discoms mess has to be cleaned up for good, including subsidies. Only then can we expect to see our renewables sector create world class winners made in India for India. Otherwise, the best firms will vote with their feet, and we will be left applauding achievements by yet another set of Indians outside India.