The researchers from Jawaharlal Nehru Centre for Advanced Scientific Research (JNCASR), a multidisciplinary research institute, have invented a cost-efficient and energy-efficient wafer-scale photodetector, which is capable of detecting weak scattered light. 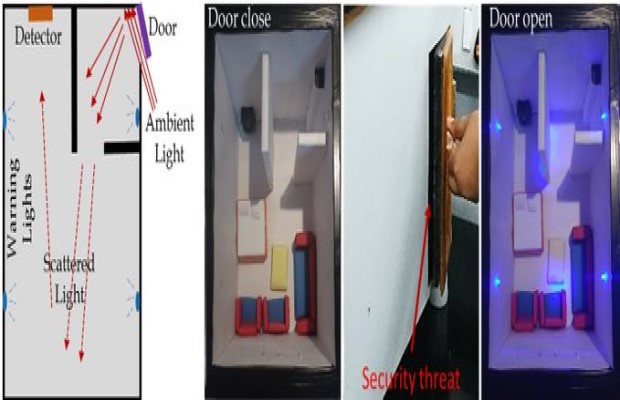 This is a thin slice-based photodetector, which uses gold – silicon interface, designed mainly for security applications, to track unwanted activity.

This research of India’s JNCASR scientists was also published in the journal Applied Electronic Materials of the American Chemical Society.

Photodetectors are used in a wide variety of applications ranging from controlling automatic lighting, detecting radiation, as well as security applications. However, higher material cost and intricate fabrication processes involved in realizing high-performance detectors make them unaffordable for normal applications.

Significantly, this new invention by Indian scientists can provide a simple and cost-effective solution-based fabrication method for high-performance photodetector.

Its speciality is that this is a solution-based technique and its method is highly cost-effective and enabled large-area fabrication without compromising the detector response. Also, it is quick in process and will take only minutes to fabricate a detector of any arbitrary area. By using commonly available protective coating, it also provides long-term environmental stability with enhanced performance under harsh conditions for several days.

Besides, it exhibits a rapid response of 40 microseconds and can detect low light intensities. Moreover, the device covers a broad spectral range from Ultraviolet to Infrared.

Furthermore, it shows excellent uniformity throughout the entire active area with less than 5 percent variation in response.

Significantly, this is an energy-efficient device as it does not require external power for its operations and will work in self-powered mode.

Meanwhile, this photodetector can be used as a prototype imaging system, lux and power meter, and also as a tool for security applications.