A thriving solar inverter market in India shadows the overall growth of solar, and is poised strongly till 2030 and beyond.  Pyramid Electricals  is one of those rare Indian firms that have come up the hard way in the electronics  sector. With their own R&D, technocrat founders, and now, plans to scale up to large scale. Company head, Sandeep Goyal is looking forward to see the firm achieve success in solar inverters, after building a strong reputation and legacy of a quality supplier UPS systems.  He spoke to SaurEnergy about the firm’s plans in the future and strategy to make an impact.

Q. As a domestic success story, tell us about the start of Pyramid, and the current strength and size of the company. 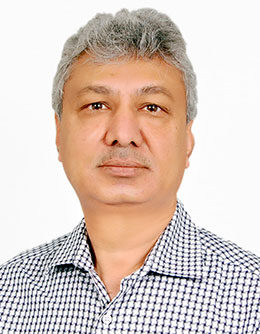 The state of the art second unit of the group was set up in 2006 in the state of Himachal Pradesh (A tax free zone) to enhance production capacity and subsequently third unit in the year 2008 to manufacture power converters for Railway Industry. Pyramid group has the capacity and capability to do fabrication, Magnetics, PCBs assembly in-house.

Q. How did the expansion to grid tied solar inverters come about? Talk us through your early successes here and the current portfolio size.

Q. How about the move into EV battery charging? What are the product offerings here? Did this follow Solar or happen at the same time?

Q. What are your goals and expectations from the solar and EV charging business?

We are targeting to be leaders in both these segments and banking on our design capabilities. We will be able to offer superior products with country vide service support to the customers.

Q. With the central government pushing hard on rooftop solar finally, how do you plan to compete with established Chinese and other players?

In the solar inverter segment, we are the only key Indian player. In the manufacturing of on-grid solar inverter we are ahead of others. As far as Chinese landed imports are concerned, our prices are little more competitive. For example, if a China made products costs Rs 100, then our price competition stands at around Rs 95.

The travesty is that there is arm twisting with us in the market.

We have offered a 10-year unconditional warranty for our products. Even if someone just destroys an inverter wilfully, we readily replace it which gives a competitive edge against foreign players.

We are new in the open market but we have been dealing in the government for quite long. When there is an established product, the local developers feel that they should go for it. As far as product quality and prices are concerned, we are definitely competitive.

We do not see much issue in price competition with Chinese players. We only have to place ourselves in the market against their experience.

Q. Does a 20% duty on imported inverters provide you enough cushion to deliver a high quality product domestically?

Sandeep Goyal: We have already developed the product quality at par with the European brands. The 20% duty has allowed us to be competitive in the market against the Chinese products. A European quality product at less than Chinese prices gives us an edge.

Q. What are your future expansion plans?

We are planning to add capacity of 2-3GW in near future. The government aims to expand renewables to 450 GW by 2030. There is a remaining span of about 8 years from here. Each year the expansion comes to about 50GW. Now in this annual capacity addition of 50 GW, the minimum Pyramid Electricals can expect is a share of 2-3 GW that will be about 5% of the total yearly expansion. I think this expansion plan is very reasonable.