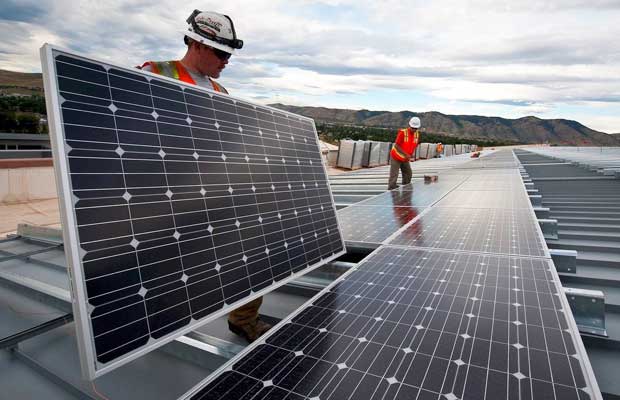 Moreover, the population across the globe has been increasing at a rapid pace, and the declining rate of fossil fuels has made them insufficient to cater to the energy needs of people after a few years. Ascribed to these factors, governments, as well as the general public, are trying to increase the share of energy generated through eco-friendly sources.

One such renewable energy type is solar energy, which is considered to be the cleanest of all. Because of the reduction in the prices of solar panels, their adoption has increased considerably in both residential and commercial applications. “…solar PV capacity additions surged again by almost 14% in 2019, reaching a record of 109 GW of newly installed capacity globally, despite Chinese PV additions declining by almost a third, as annual installations elsewhere grew by 50% last year.”, says the International Energy Agency (IEA).

What Is Smart Solar Technology?

Smart solar solutions are often integrated into the already existing PV setup, to improve the functional capabilities, including controlling and monitoring, of these components.

Generators, inverters, and PV cells are the major products via which smart solar solutions are deployed. Out of these, the demand for PV cells is predicted to be significantly high in the years to come, which can primarily be ascribed to technological advancements. Innovations in the PV cell technology have enabled manufacturers to decrease the cost of these products, thereby facilitating their increasing adoption. In addition to this, companies in the industry are making use of the triboelectric effect for the development of hybrid PV cells, which can generate electricity during rainy weather as well.

The major smart solar solutions are:

Owing to the strict regulations and technological advancements in North America and Europe, the demand for asset management solutions is expected to be high in the coming years.

Need for Demand Response Services To Be High in Coming Years

Between two the major smart solar services offered — demand response and consulting — the requirement for demand response is expected to be higher. This would be due to the rising need for energy across the globe. Demand response services aid in decreasing or shifting the power consumption during peak hours, as a response to time-based rates and other types of financial incentives.

In such a model, the utility company communicates with power consumers instantaneously, telling them when the electricity demand is high or low. During periods of low demand, the utility may decide to charge a lower price per unit, while during periods of peak demand, it might ask the customer to either pay a higher price or find ways of reducing their energy usage.

A major reason for the projected rise in the adoption of smart solar solutions is the rising investments in the technology. Governments of various countries are supporting these initiatives widely on account of the increasing concern regarding the environment. For example, the investment tax credit or the federal solar tax credit in the U.S. subsidizes 26% of the total installation cost of a solar energy system. Both commercial and residential systems are offered with such subsidies.

North America has been making a considerable use of smart solar solutions, which can be primarily attributed to the technological advancements and early adoption of solar energy solutions in the region. Other than this, the adoption of smart solar technologies is also projected to rise substantially in the Asia-Pacific region in the coming years. This is because of the rapid shift in the region toward renewable energy; APAC, led by China, Japan, and India, is already the world’s largest solar energy producer and user. Moreover, government initiatives here are driving the adoption of smart solutions for energy conservation in the region.

The rising focus on renewable energy sources and increasing investments by governments are leading to the high adoption of smart solar solutions all across the globe.