Home » Blog » Adapt or Die – Can Renewables Save the Planet, or Is It Too Late?

Adapt or Die – Can Renewables Save the Planet, or Is It Too Late? 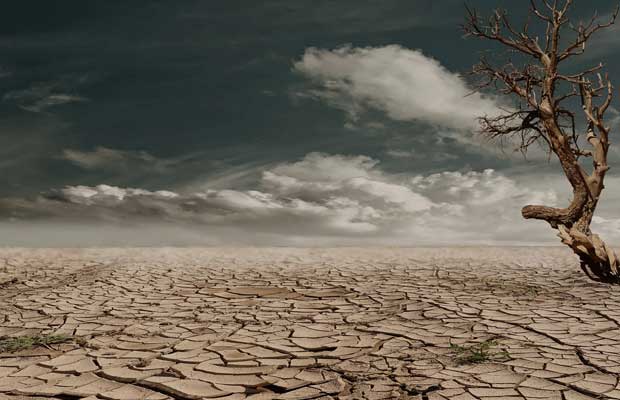 Since the recently held Global Climate Action Summit where global leaders debated the practicalities of taking the climate change battle to the next level, media sources the world over have all been reporting the same thing: if global warming is not kept in check, there will be dangerous environmental and socio economical consequences.

The BBC headlined with “Final Call to Save the World from climatic catastrophe” and a Washington Post reporter claimed that most countries would need to significantly scale up commitments made under the 2015 Paris Agreement if there is to be any hope of avoiding an environmental meltdown.

Extreme weather is becoming the norm

After extreme weather events like this summer’s drought, last winter’s big freeze, wild fires in Europe and the US, and el Nino threatening to unleash its wrath once again, it’s abundantly clear that global warming is not just hype, as President Trump would have us believe, but a serious reality that needs to be faced head-on, here and now.

Another scary truth is that out of the 195 nations that make up the Paris agreement, none of them (apart from Gambia, Morocco, India and the UK) are even close to achieving the very modest goals that were set. Indeed, the US, a key member of the pact, announced last year (under Trump’s leadership), it was pulling out of the agreement, which is ironic considering the US is one of the largest dependents on fossil fuel globally, with 32% of its total energy production coming from coal compared to just 15% from renewable energy sources.

So why – with a wealth of sustainable power sources including solar, wind, water & thermal abundantly available – are we both failing to harness these clean energy sources and associated technologies while continuing to be so reliant on air-polluting fossil fuels and nuclear energy?

The fact is ‘old’ energy sources are a political hand grenade for many countries. The fossil fuel industries employ millions globally and produce huge profits for the oil and gas companies, who in turn retain enough lobbying power with their own governments to ensure change is at best slow, at worst non-existent. As a result, there is little incentive for many countries to accelerate the move toward renewables.

Even though the sun’s rays cost nothing, the associated costs of building large-scale installations to capture this energy source and convert it into usable electricity for the National Grid remain high; and although costs are reducing exponentially, it remains a political hot potato in terms of making long-term commitments.

Land is needed, the silicon and crystalline used in solar PV cell manufacture needs to be mined, and the most expensive costs of all are ongoing O&M.

The components used to manufacture Solar PVs are hugely fragile, easily damaged and susceptible to ageing. Furthermore, they need to be cleaned regularly if they are to perform optimally and compete effectively against legacy energy sources. Dirty modules can result in power output losses of up to 20%, which not only impacts profitability but hinders the perceived benefit of embracing solar energy in the first place.

Additionally, the millions of litres of water needed to clean industrial-scale solar arrays, is not just expensive financially, the environmental cost is far more sinister and is aggravating an already critical situation. Why? Because most solar large-scale installations are in harsh arid locations, where water is scarce.

Clean energy schemes in their infancy

As with anything new, many renewable energy schemes are still heavily subsidised and when austerity hits (or Brexit negotiations go to pot), newer schemes like renewable energy usually bear the brunt of government spending cuts. Not only does renewable energy pose perceived greater financial risk, some leaders are reluctant to encourage voters to embrace the long-term benefits of renewable energy versus short term gains of fossil fuel for fear of losing popularity.

So how can mindsets be changed? Removing some of the O&M pain points is a good place to start because if these can be diminished significantly, there could be a breakthrough in renewable energy take-up. This in turn would make the ambitions targets stipulated in the Paris Agreement a whole lot easier.

However, to reduce hefty O&M costs outlined above, you need to eliminate the need to clean solar panels in the first place or stop ice build-up from occurring on turbine blades and so far, this has proved to be both technically challenging and not viable economically.

The situation could be about to change, thanks to a disruptive approach to industrial coatings manufacture, being explored by a consortium of academics, scientists and commercial organisations, including Opus Materials Technologies. The consortium is pioneering the development of next-generation industrial coatings (using a materials by design approach) that could, if successful, change the face on renewable energy production.

These novel new coatings, known as Solar SharcÒ and Icemart TM offers the potential to make ongoing maintenance activities a thing of the past, taking the clean energy industry to the next level in terms of mass production.

The project already has the backing of UK and EU funding bodies, close to £4m has been awarded to date, and there is the potential of more funding being secured in 2019.