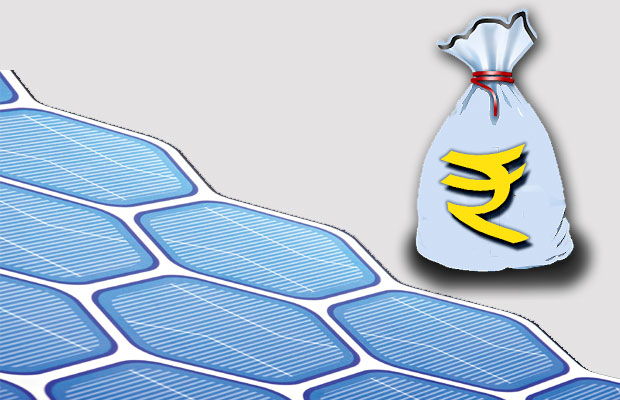 After out-passing teething troubles related to GST implementation, India firmly cements it’s place as the fastest growing major economy in the world by clocking GDP growth rate of 7.7 per cent during the January to March quarter of FY 18.

India, being the Asia’s third-largest economy, clinched this position after surpassing China’s 6.8 per cent growth rate in the same period. However, for the full financial year ended March 31, 2018 country’s growth rate stood at 6.7 per cent, slipped from 7.1 per cent in FY17.

In Q4, the overall economic growth in the country which signaled quick turnaround aided by a faster pace of growth in manufacturing, farm sector, rapid construction activity powered by government investments, consumer spending and corporate investment give a fillip to the economy.

However, the world’s seventh biggest economy’s growth picked up pace in an environment of rising price pressures, and set the stage for the country’s banking watchdog, the Reserve Bank of India (RBI), to hike interest rates for the first time in the last four years. RBI has surged the repo rate by 25 basis points to 6.25 per cent.

The RBI’s move resulting in an ultimate trimming of money supplies in the economy and thus helps in arresting rising inflation and additional upside risks to the forecasts led by higher oil prices, exchange rate depreciation and other domestic factors.

Well! On the renewable energy front, globally, India stands 4th in wind power, 5th in renewable power and 6th in solar power installed capacity. Also, solar energy capacity increased by over 8 times from 2.63 GW in 2014 to 22 GW till date.

Moreover, the renewable power installed capacity is currently about 70 GW and over 40 GW of renewable capacity is under construction or has been tendered, and India plans to complete the bidding process by the end of 2019-20 to add further 105 GW of installed renewable energy capacity by 2022.

However, recently, a senior MNRE official said that they have new schemes like offshore wind, floating solar, which will help them over-achieve the current target of 175 GW, the Ministry’s ‘mission’ is to add 225 GW by March 2022.

In other recent developments in few months, the solar sector witnessed a wave of consolidation, with major players acquiring the smaller ones as the move will help build efficiencies in the market and allow companies to scale operations rapidly.

On the financing front, India in order to achieve its targets will need at least USD 125 billion to fund a plan to increase the share of renewable energy supply in the country’s grid by 2022, underlining the enormous financing challenge ahead.

Also, in order to achieve the International Solar Alliance (ISA) target of over 1,000 GW of solar generation capacity and mobilisation of investment of over USD 1 trillion by 2030, Prime Minister Narendra Modi during ISA summit, too,called for concessional financing and less-risky funds being made available for such projects.

Meanwhile, tariffs in solar space in the world’s seventh largest economy crashed to record lows, making it cheaper as compared to coal-based electricity.

Besides, in a move to provide temporary relief to solar power companies, another major regulatory hurdle, i.e. proposed 70 percent safeguard duty on solar imports, has also been paused for now.

Also, issues around funding started to be solved as power companies that used to rely on private equity investors are now heading towards public markets to raise funds. Moreover, global corporate funding into Indian players, too, on the rise with 30 percent of entire funding into the solar space coming to India previous year.

Nowadays, renewable energy industry, once growing at a faster pace, has become mired in uncertainty in FY-18, on the back of enormous challenges such as lack of policy clarity, fiscal changes, regulatory hurdles, trade policy uncertainty and commissioning of less number of projects.

As per the World Investment Report 2018, Foreign Direct Investment (FDI) to India shrank to USD 40 billion last year against USD 44 billion in 2016. The report further added that financial uncertainty caused by significant risks to global trade is responsible for a sharp fall in international investment flows which could hurt developing countries the most.

Besides, lack of FDI recovery among developing countries last year, since FDI is the largest external source of finance for developing nations, at around 40 percent.

In another significant development, the report showed a 14 percent slip in the greenfield investment which indicates how confident parent companies are about building operations in new regions.

Another source of uncertainty in the solar space is the duty being considered on solar imports, i.e. either temporary safeguard duty or a long-term anti-dumping duty as around 90 percent of the solar modules used in Indian projects came from countries such as China, Taiwan and Malaysia. The reason behind this is that country’s domestic solar manufacturing capacity is very small and inadequate to feed the surging demand from developers.

On local manufacturers’ perspective, solar imports jumped to 9,474 MW in FY18 from 1,275 MW in FY15. They claimed that flood of imports will destroy Rs 11,000 crore investments in the country. On the flip side, some developers believe that in such a scenario of safeguards duty (which recently paused) will raise solar tariff to Rs 4.50 per unit from Rs 2.50.

Moreover, on RBI’s new guidelines on non-performing stressed assets, some power producers believe that this may push power projects with a capacity of about 60,000-70,000 MW towards bankruptcy as it will impact genuine defaulters or entrepreneur from further investment. It will also result in slow down a foreign investment in India’s power sector.

In another significant development, Chinese government has paused the allocation of quotas for new projects till further notice,resulting in tariffs in India’s next solar auctions may fall below the record low price of Rs 2.44. Meanwhile, investors were already anxious about the viability of projects if tariffs in the Asia’s third largest economy fell to Rs2.44 last year, and left many small players struggling.

In spite of so many headaches, Allahabad High Court has provided some temporary relief by ordering that no action will be taken against the power companies on the basis of the RBI’s new stressed assets framework till the Finance Ministry hears their contention. However, the relief does not apply to wilful defaulters. As RBI laid down strict timelines under which insolvency proceedings must be initiated. It mandated that lenders classify even a single day delay in debt servicing as default. Also, for accounts with an exposure of Rs 2,000 crore or more, lenders will have to ensure that a resolution plan is in place within 180 days after a default.

On the stressed assets a senior official of MNRE informed that a consortium of lender led by State Bank of India has short listed 11 such plants or projects with over 12GW under Samhadhan scheme or the Scheme of Asset Management and Debt Change Structure to takeover or sell such projects to avoid liquidation.

Adding to it, over USD 42 billion investment was made in the country in renewable space during last four years. Also, Indian companies have started to explore foreign stock exchanges as a source of funds.

As per the government statement, overseas investors can enter into the joint venture (JV) with an Indian player for financial and/or technical collaboration and for setting-up of renewable energy based power generation plants. Also, 100 percent foreign investment as equity qualifies for automatic approval.

Besides, Rs 1.4 lakh crore KUSUM scheme aimed to promote the use of solar energy among farmers will be implemented from July 2018. As per the scheme, the government has already planned to provide 27.5 lakh solar pumps i.e. 17.50 lakh standalone and 10 lakh grid-connected. In this scheme the Central Government will contribute Rs 48,000 crore, while farmer will have to pay only 10 percent and remaining Rs 45 crore will be arranged via loan from the banks.

Further, for the revival of debt laden discoms, interest cost of over Rs 20,000 crore is saved by discoms under UDAY scheme whereas aggregate technical and commercial losses have been decreased in seventeen states within a single year of operation.

Besides, the scheme helped discoms to bridge revenue gaps by 33 percent in a single year of operation and the country’s rank significantly improved to 29 in 2018 from 111 in 2014 on the World Bank’s ease of getting electricity ranking.

In another significant development, Asia’s third largest economy may be the biggest beneficiary of solar industry reforms in neighbouring country, China, that are poised to slash prices for PV panels. As China is mulling to halt approvals of some new solar projects this year and likely to cut subsidies granted to developers to ease its speed of expansion and that is expected to slow demand in the world’s biggest market, weakening prices, and force the country’s manufacturers to export more of their solar equipments overseas.

Besides, on the occasion of World Environment Day, the Rural Electrification Corporation (REC), a government-owned power sector financer, has announced a USD 1 million contribution to the ISA.

Meanwhile, in providing some relief to the renewable industry, the government has waived the Inter State Transmission System (ISTS) charges and losses for inter-state sale of solar and wind electricity for plants to be commissioned by March 2022. The move will help in encouraging setting-up of the power plants in the states that have greater resource potential and availability of suitable land. It also helps in creating renewable power market across the country, so that the excess generation of the state’s own requirement could be transmitted to the resource poor states without extra financial burden.

Despite Asia’s third largest economy’s rank improved to 29 in 2018 from 111 in 2014 on World Bank’s ease of getting electricity ranking.India wants foreign capital to account for a bulk of its investments to meet its renewable energy target. However, in current scenario, India’s most of the financing for renewable drive so far came from domestic lenders and these lenders have to account for the lion’s share of new renewable investments in the future.To make solar manufacturing sector more competitive a more strategic manufacturing policy is required as in the long run, trade remedies do not help build an industry.