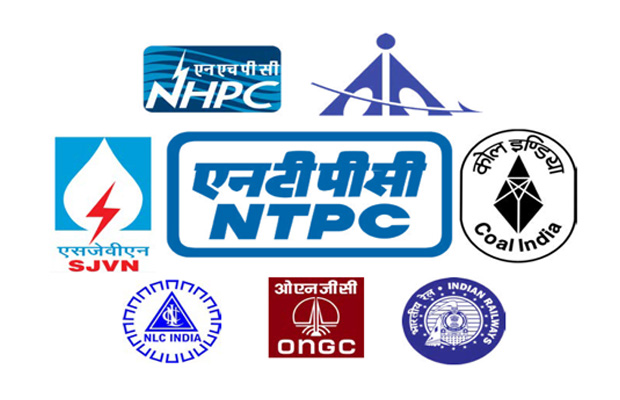 Just 5 years ago, if you had looked around at India’s largest energy public sector firms or PSU’s, be they energy producers or consumers, you would have struggled to see ambition, when it came to their renewable energy plans. However, more has changed in the preceding 5 years than any 5 year plan devised by the government, or otherwise. The huge drop in solar prices, coupled with stagnation or obstacles linked to resistance on environmental grounds for their traditional energy model, has driven most to switch towards renewable energy. From ‘natural’ adopters like the National Thermal Power Corporation (NTPC), the national power generator, to an unlikely champion in Indian Railways, which has declared an ambition to install 20 GW solar on its own by 2030. 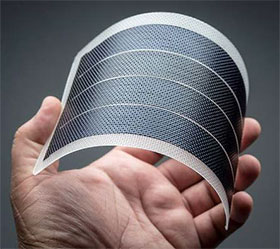 The new rush of PSU’s into the space could not be more welcome, considering the speed breakers the sector has hit in the past two years. Despite delivering the sort of performance that would have made it a darling of all stakeholders.

Consider this. Solar energy capacity, at a piffling 2.6 GW in 2014, has risen to 36.91 GW in November 2020. That’s a massive 14 times increase, accompanied by a drop in tariffs to grid parity today. Prices dropped by close to 85 percent in the same period on average. For all its disruptions and delays, solar did become mainstream in 2020, from being an experimental, off-grid option till a few years back.

India Solar Capacity Over The Years and The Future

Those targets for 2022 and beyond are increasingly facing stronger headwinds in the form of basic issues ranging from energy demand, discom apathy, financial risks to both legacy fossil fuel assets and fresh renewables, and finally, the risk of investor fatigue setting in. Keep in mind that so far, most of India’s solar capacity has been built on the back of private sector capital, including significant dollops of equity capital. Prime Minister Modi himself has declared an opportunity for investing upto $20 billion per year in the years leading up to 2030, to meet the country’s renewable energy targets. Quite simply, those numbers will need a lot of reassurance and domestic support now, which is where PSU’s come in. At the recent REInvest show, voices supporting PSU involvement were heard loud and clear from many private investors , mainly for the financial assurance they brought for other investors and suppliers. But most of these central PSU’s bring in not just capital, but also experience in navigating the complex energy sector, a willingness to take the long view, and increasingly, a genuine commitment to building up a renewable energy portfolio on purely commercial considerations.

Consider NTPC, India’s largest power utility with an installed capacity of 62,918 MW (including JVs), with plans to become a 130 GW company by 2032. By 2032, the company plans to have a minimum of 32000 MW capacity through RE sources constituting nearly 25% of its overall power generation capacity. This will include almost 30 GW of solar capacity.

Present installed capacity of NTPC including 11,755 MW through JVs/Subsidiaries comprises of 46 NTPC Stations which have 24 Coal based stations, 7 gas based stations, 1 Hydro station, 1 small hydro, 12 Solar PV and 1 Wind based Station and 25 Joint Venture stations having 9 coal based, 4 gas based, 8 hydro, 1 small hydro 2 Wind and 1 Solar PV

It also has 2298 MW of RE projects which are under implementation, out of which 237 MW constitutes floating solar projects located in reservoirs in NTPC’s existing stations.

Ramagundam 100 MW Floating Solar being set up under non PPA mode, is the largest in the country for now. The relatively small RE base means that NTPC’s future capacity additions, other than possible acquisitions of stressed thermal assets, will be almost exclusively renewable focused.

Following the NTPC is surprisingly, the Indian railways, not strictly a PSU, but well on its way to being corporatized. The railways has been pushing for a greener look for some time now, and has an existing plan to be 100 percent electrified by 2023. Beyond that, to meet its own energy needs and make better use of its massive land bank, it has declared plans to install 20GW of solar. That will also support its drive to be a zero carbon emitter by 2030. The railways plans to use its 51,000 hectares of land bank for its solar ambitions.

While bids for a short term target of 3GW by 2022 have floundered recently due to pricing issues, the railways is far more likely to find a way than many other power developers.

It has already installed solar panels at more than 960 stations with another 550 additional stations in the pipeline. By early 2022, it hopes to have 500 MW of rooftop solar across its buildings, complimented by 500 MW of ground mounted solar.

Following the railways are a pair of Hydroelectric champions, NHPC (National Hydroelectric Power Corporation), and the Himachal-based SJVN Limited. NHPC, which has become the largest organisation for hydropower development in India with a base of almost 7 GW from 24 power projects has diversified in the field of Solar & Wind power.

On the solar front NHPC has signed an MoU with Green Energy Development Corporation of Odisha Limited (GEDCOL). As part of the MoU, they will form a joint venture company for the development of techno-commercially feasible floating solar power projects of nearly 500 MW in the state of Odisha. In 2019, it also floated a 2 GW solar tender successfully. NHPC also has some of the most ambitious plans for floating solar plants, aiming for a 1 GW plus target there, in states including Odisha and Telangana.  It already has approvals for over 250 MW of additional solar projects on top of that.

SJVN Limited, on the other hand, is a JV set up in 1988 between the Government of India and Government of Himachal Pradesh. It started with a single project and single state operation i.e. 1500 MW Nathpa Jhakri Hydro Power Station in Himachal Pradesh, and now has commissioned seven projects totalling 2016.51 MW of installed capacity and 86km 400 KV transmission line. It has a joint venture with Durk Green Power corporation of Bhutan with 50:50 equity contribution for execution of 600 MW Kholongchhu Hydro Electric Project in Bhutan.

It has also signed an agreement with IREDA for financing green energy projects. IREDA will undertake Techno-Financial due diligence of Renewable Energy, Energy Efficiency and Conservation Projects for SJVN and will assist in developing an action plan to create and acquire Renewable Energy projects for the next five years. With Himachal Pradesh identifying solar potential of 6 GW in the Lahaul Spiti region, SJVN has already been given charge of an 880 MW solar project in the Spiti region. In August this year, it had floated tenders for land to build a 500 MW project in Rajasthan. In September, it announced it had won a 100 mega watt (MW) solar project in Raghanesda Solar Park in Gujarat. A second tender to acquire land in Rajasthan followed last month. Its solar power projects on the drawing board include a 4,000 MW Ultra Mega Green Solar photovoltaic (PV) Power Project and Ultra Mega Hybrid Renewable Energy (Solar and Wind) Park. All in all, SJVN may have the least to show in hand, but when it comes to the future, this firm from Himachal might just surprise a few industry watchers if it executes on its plans well.

NLC India Ltd (Formerly Neyveli Lignite Corporation), which is one of India’s leading Public sector company engaged in mining and power generation is another key player. Established in 1956, its operations are spreading throughout the country. Its Present total Power Generation Capacity including joint ventures is 5661.06 MW, out of which is 3240MW (Lignite), 1000MW (Coal), 1370.06 MW (Solar) and 51MW (Wind). It’s renewable energy capacity of 1.4 GW is among the highest for all CPSE’s, in fact.

Further, NLC India has installed 34 Wind Turbine Generators of capacity 1.50 MW each and also commissioned 440 MW Solar Photo Voltaic Power plant in Neyveli, resulting in an overall power generating capacity of 3731 MW. Apart from this NLC also has registered for new initiatives in green energy sector such as an agreement with Coal India for formation of a Joint Venture Company (JVC) to develop solar and thermal power assets to the tune of 5000 MW on pan-India basis. In 2019, NLC actually made it to the list of top 5 developers to have commissioned utility scale solar projects, on the back of its initiatives. From lignite, one of the most polluting variants of fuel used for power generation, to Solar, NLC is certainly cleaning up at a very fast pace. With 2.8 GW of solar+wind projects in the pipeline to 2025, this PSU  is not going to be left behind for sure.

Counting on NLC and other PSU’s to build its own solar portfolio is the grand daddy of them all, Coal India Limited (CIL), the state owned coal mining corporate that is the single largest coal producer in the world. CIL, even as it targets a billion tonnes of coal production by 2023-24, is looking long term as it seeks to build a renewables portfolio too. All 3 GW of it by 2025 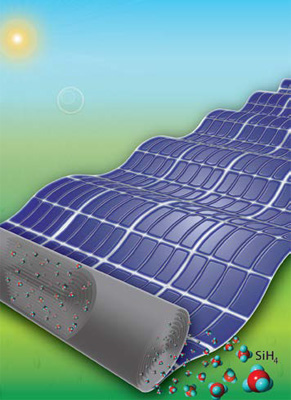 This 3 GW solar would come from 14 rooftop and groundmounted solar power projects. The firm claims this this would entail an investment of around Rs 5,650 crore, with Rs 3,650 crore to come from CIL’s capex and the rest through joint venture initiatives. An investment that is not an issue at all for the dividend paying PSU. It has also formed a JV with NTPC and signed an MoU with the Solar Energy Corporation of India for solar projects of 1,000 MW each. CIL enjoys some unique potential advantages, be it access to land from its mines that might be closed or are closed, to access to government land as a critical PSU.

Beyond CIL, you have latecomer ONGC, which, even as its dated website predicts grid parity for solar only by 2030, is seemingly moving with a 2 GW plan of its own by 2025 again. ONGC will probably go the JV route too to meet those numbers, with funding the least of its challenges. One only hopes it’s understanding of solar realities have moved beyond the statements on its website.

The tens of smaller PSU’s and similar entities, be it the Airports Authority of India, or state level entities can also be expected to step in, for both captive and commercial uses. Even large metal working PSU’s like SAIL (Steel Authority of India Limited) or NALCO (National Aluminium Company Limited) can be expected to move, once green hydrogen production from renewable energy approaches levels they consider viable. For using green hydrogen in the sort of energy intensive processes they employ is the big frontier for solar, post 2025.

Conclusion: Ignoring the role of these PSU’s in the next 300 GW of solar would be a huge mistake for all stakeholders. Not only could they account for a significant chunk of over 70 GW by 2030, chances are, they would actually invest much more if the foray works out for them.