NTPC’s ‘audacious’ Rs 2.01/Kwh bid at an auction where Saudi Arabia’s Aljomaih Energy and Water Company and Singapore’s Sembcorp Industries bid at Rs 2 might just signal the next phase of the national power generators biggest shift yet. To Renewable Energy. 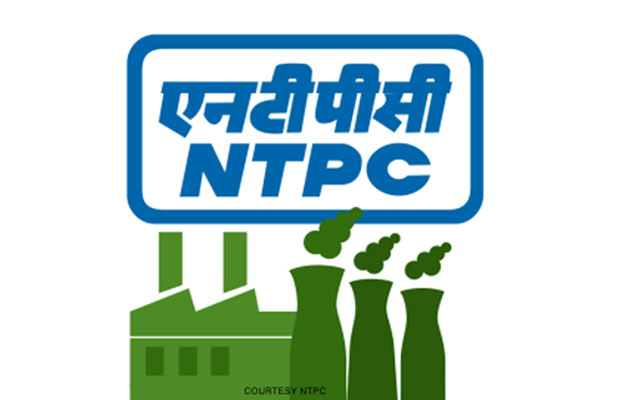 When NTPC won 470 mw of solar development rights for itself at Rs 2, by matching the winning bids of Saudi Arabia’s Aljomaih Energy and Water Company, and  Green Infra Wind Energy of Sembcorp Industries, it left a lot of people surprised.

So far, as the government appointed intermediary to farm out clean energy projects itself, NTPC has been playing a trader’s role too, and understands the risks, and margins better than most today. So how did it see viability at Rs 2, when it hardly ever made any effort in previous bids, that were upto 20 percent higher?

The answer lies in the slow but steady pivot, that the national power generator has been making for the past two years, from thermal, its mainstay, to renewable energy , especially solar power. This year, its CMD finally followed Tata Power in announcing no fresh thermal capacities would be built by NTPC. 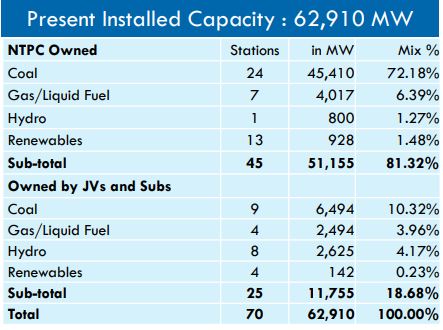 In October this year, NTPC finally announced the establishment of its subsidiary—NTPC Renewable Energy Ltd that would spearhead its renewable foray as a generator. The target? Renewables to account for 25% of its portfolio by 2032. For NTPC, whose largest operational project at Bhadla, rajastha, is 260 MW, the 470 MW win will easily be the biggest addition to its project pipeline. It also comes at a time when it has started discussions for a 5 GW solar park in Gujarat’s Kutch district, where a 30 GW renewable energy park is planned.

In doing so, NTPC is also following its private sector competitor, Tata Power, which made its own transition almost 2 years back, with a formal announcement to stay away from fresh thermal development, and now, even a Renewables backed InvIT that is set to start early next year. (InvITs are designed to pool investments from a number of investors to invest in assets that give cash flow over a period of time. Part of this cash flow would be distributed as dividend back to investors.)

NTPC has probably decided, with support from the power ministry, that future renewables growth is too big, and important, to be left to private sector players now.

For NTPC, getting to the 25 percent mark means a solar portfolio of 30 GW, on a total portfolio of 130 GW. On an existing capacity of under 63 GW, solar is not even 1 GW  currently, to place those numbers in context.

However, at least manufacturers and the government will welcome this move by the national generator, thanks to the many advantages it brings to the table.  Besides a strong balance sheet, NTPC is also likely to follow Tata Power in getting into power distribution also, a forward linkage that will give it even more control over the generation to distribution cycle. Especially the collections, which have been a bane under state owned discoms broadly. Thus, NTPC’s success is probably linked to India’s chances of reaching its 450 GW renewables target by 2030 too.

The massive target from a NTPC will have far more credibility for equipment manufacturers looking to set up capacity in India, in terms of assured offtake and credit quality of buyer.

But it doesn’t stop there. Thanks to its deep connection with the government, NTPC will also be the standard bearer for Indian solar in foreign lands, especially underdeveloped markets. Thanks to multiple institutions, ranging from the State Bank of India, to the International Solar Alliance, Africa, some projects in the middle east, and South Asian countries like Sri Lanka, Myanmar and Bangladesh are already on its radar. In the latter three, it already has a presence.

For the multilateral ISA, which has appointed it as Project management consultant,  there is a target to execute 10,000 MW of projects in member countries. In fact, NTPC  just tendered for solarisation 47 LDC & SIDS (Small-Island Developing States) from member countries of the ISA.

It is this global business plan that would help NTPC achieve its domestic goals too. Possibly by delivering higher margins. A source tells us that in an ideal situation, the PSU is targeting well over 15,000 MW of international projects, to go with its domestic plans of a further  67,000 MW by 2032. 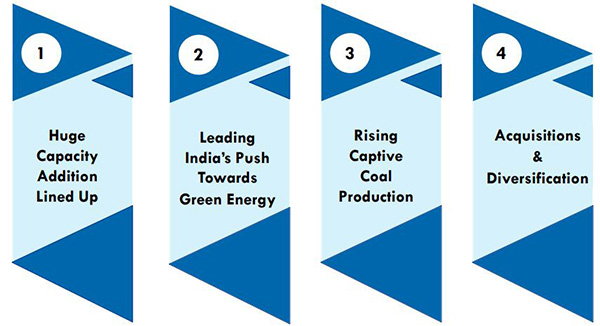 Don’t be surprised if even that other government monolith looking to secure its future, Coal India Limited, which has announced 3 GW plans of its own for solar generation, ties up with NTPC for its projects. The two after all already enjoy a long and deep relationship, with CIL the key coal supplier to NTPC’s thermal plants. Roping in CIL will also solve a crucial issue of land acquisition for NTPC, where it already has an advantage when it comes to government owned land.

With so much going for it, one has to wonder just what could go wrong for the power major. At this stage, one has to say, not much, if it plays its cards right. The only obstacle it faces is the issue common for all power generators today. The discoms, or state owned distribution firms, which continue to haemorrage losses, making it difficult to stimulate demand, or upgrade technology to better handle a higher renewables share. NTPC’s and the whole sector therefore, hope for a passage of the Electricity Amendment Act, which, among other things, mandates stricter enforcement of the rules on RPO’s (Renewable Purchase Obligations), where solar is set to occupy an increasingly higher share.