Prysmian Group (BIT: PRY) and General Cable Corporation (NYSE: BGC) today announced that the parties have been informed that they have obtained clearance from the Committee on Foreign Investment in the United States (CFIUS) for the proposed acquisition of General Cable by Prysmian. Such clearance was the last of the regulatory approvals sought in connection with the transaction. 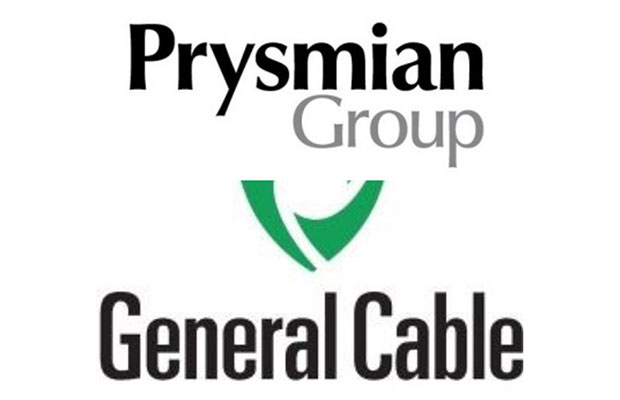 Prysmian and General Cable currently expect that the closing of the transaction will occur on June 6, 2018, subject to the satisfaction or waiver of the remaining customary conditions to closing set forth in the merger agreement between the parties.

Prysmian Group is world leader in the energy and telecom cable systems industry. With almost 140 years of experience, sales of about €7.9 billion in 2017, over 21,000 employees across 50 countries and 82 plants, the Group is strongly positioned in high-tech markets and offers the widest possible range of products, services, technologies and know-how. It operates in the businesses of underground and submarine cables and systems for power transmission and distribution, of special cables for applications in many different industries and of medium and low voltage cables for the construction and infrastructure sectors. For the telecommunications industry, the Group manufactures cables and accessories for voice, video and data transmission, offering a comprehensive range of optical fibres, optical and copper cables and connectivity systems. Prysmian is a public company, listed on the Italian Stock Exchange in the FTSE MIB index.

General Cable (NYSE:BGC), with headquarters in Highland Heights, Kentucky, is a global leader in the development, design, manufacture, marketing and distribution of aluminum, copper and fiber optic wire and cable products for the energy, communications, automotive, industrial, construction and specialty segments. General Cable is one of the largest wire and cable manufacturing companies in the world, operating manufacturing facilities in its core geographical markets, and has sales representation and distribution worldwide.